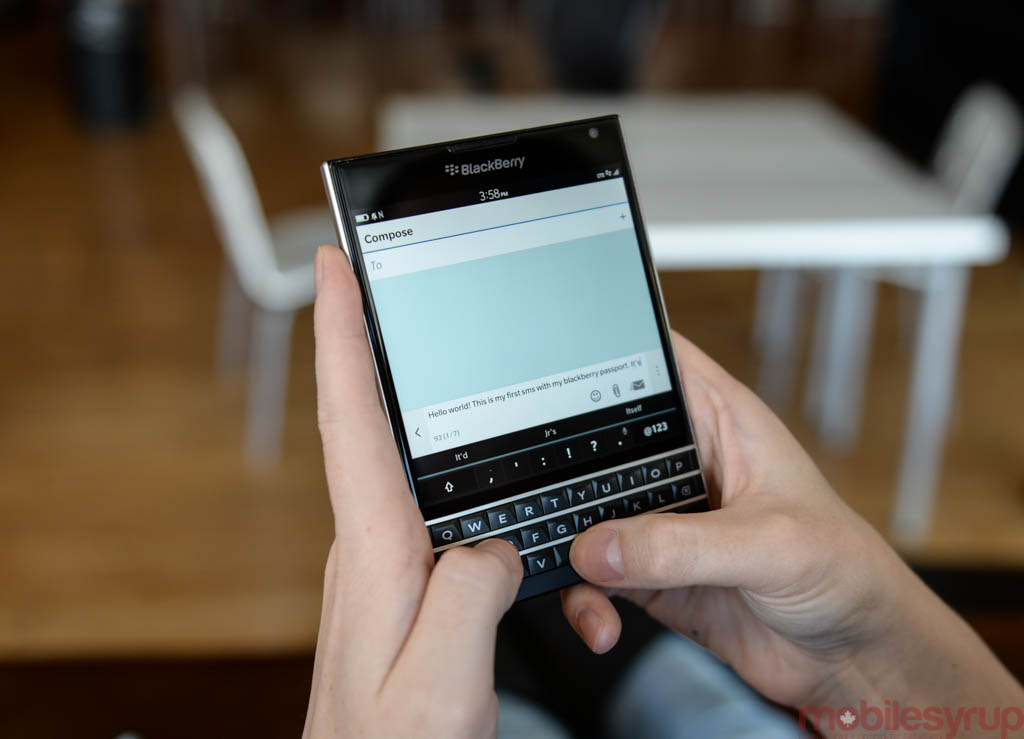 BlackBerry is coming off one if its most productive quarters. The last three months have seen the company launch two new smartphones, the BlackBerry P’9983 and the flagship BlackBerry Passport.

BlackBerry also continued its foray into various enterprise markets by acquiring Movirtu and Secusmart, as well as a number of new BBM initiatives that will see Hootsuite integration and the expansion of its BBM Money offering. BlackBerry also streamlined its operations by creating the BlackBerry Technology Solutions unit.

CEO John Chen and the BlackBerry team announced its second quarter fiscal 2015 results today and revenues topped $916 million, with cash and “investments balance” on hand up $11 million to $3.1 billion. The past three months saw BlackBerry sell approximately 2.4 million BlackBerry smartphones — no word on how many were BlackBerry 10 or legacy BlackBerry devices. BlackBerry also increased its BBM user base to 91 million monthly active users, up from 85 million in the previous quarter. In addition, the EZ Pass Program that allows customers to integrate BES10 at no cost has a total of 3.4 million licenses.

“We delivered a solid quarter against our key operational metrics, and we are confident that we will achieve breakeven cash flow by the end of FY15,” said John Chen. “Our workforce restructuring is now complete, and we are focusing on revenue growth with judicious investments to further our leadership position in enterprise mobility and security, driving us towards non-GAAP profitability during FY16.”