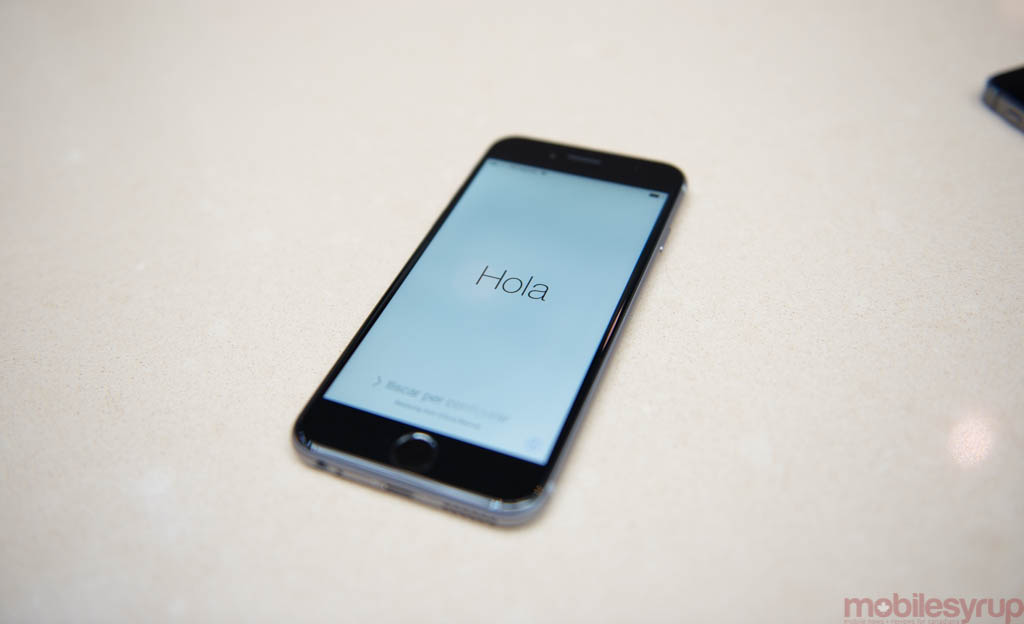 While most of the world slept this past Friday, Apple loyalists lined up outside their hometown Apple stores hoping to procure an iPhone 6 or iPhone 6 Plus.

The smaller of the two new iPhones, the iPhone 6 is around 15% larger than the iPhone 5s by volume, but its slimmer profile and rounded edges lend it a very different feel.

The curved glass around the reinforced glass screen is lovely, and makes swiping across the 1344×750 pixel IPS display extremely fluid. It’s not as easy to reach the top of the display with one’s thumb anymore, but it’s still relatively painless to use with one hand.

The build quality is also exceptional: if you’ve used the HTC One M8, you’ll appreciate the curved aluminum and chamfered edges. The iPhone 6, however, is less slippery than HTC’s flagship, making it easier to grip and manipulate with one hand.

The first thing I noticed about the display were the colours: compared to the iPhone 5s, it has richer, more accurate reds and blues, and much deeper blacks. This is backed up by Apple’s claim of a contrast ratio more than twice as high as the 5s, but it’s still something else to see in person.

The home button has also been greatly improved over previous versions, feeling considerably less “clicky” while retaining that satisfying give that users have grown accustomed to over the years.

The 8MP camera, which we’re excited to test, juts out a bit, but many of the comments we got from passersby revolved around how amazing the new iPhones look because they’re so thin, so Apple felt the tradeoff was likely worth it.

I’ve said it before, but 4.7-inches is the sweet spot for smartphone screen sizes, and the iPhone 6 delivers in that regard. It feels perfectly sized and weighted, similar in total volume to the original Moto X (being slightly taller and thinner).

Of course, many people have noticed that the iPhone 6, despite speed improvements throughout, still comes with only 1GB of RAM. iOS (and Windows Phone) has considerably tighter memory constraints on apps than Android, so in-app performance is likely unaffected by the higher-resolution display, but it’s definitely a concern for the long-term outlook of the iPhone 6, and especially on the 1080p iPhone 6 Plus, with larger, more graphics-intensive games needing extra memory for textures.

We’ll be getting far more in-depth with the new iPhones in the coming days and weeks, so stay tuned for a few review but in the meantime enjoy the photos and video.