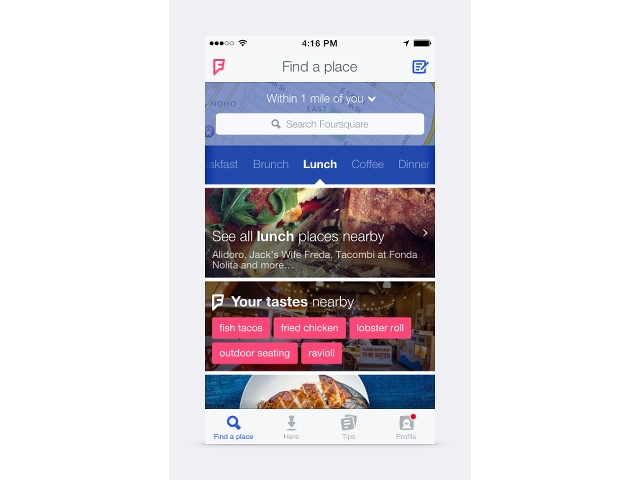 Foursquare is putting the finishing touches on its local discovery-focused relaunch, teasing photos of the soon to be released app along with a new logo. The new logo draws inspiration from a map pin and superhero emblem, and eliminates the last vestiges of the social game that was a source of inspiration for the original app.

Those social elements are all being transferred to Swarm (more on upcoming features here), which tomorrow will receive all legacy Foursquare check-in data. Starting tomorrow, Foursquare holdouts will also have to use Swarm to get their check-in fix.

Foursquare users have been vocal about the changes to the app, but some back-of-the-napkin math indicates that they might be a vocal minority. Foursquare says that 75% of Foursquare users who check in have moved to Swarm; a recent Verge feature revealed that only 5% of Foursquare’s user base was using the app for both social and discovery, meaning the company created a new app for little over 2 million of its (admittedly, highly dedicated) users. Unfortunately, it doesn’t seem as though anyone is joining them, but perhaps it’s enough to keep the location data fresh. 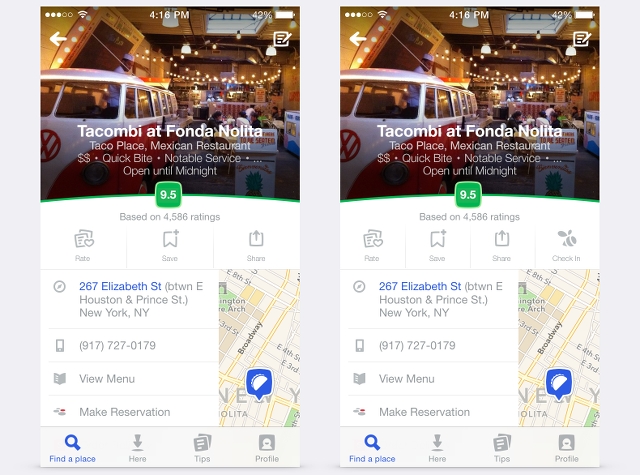 For its part, the new Foursquare looks perfectly capable of leveraging that location data. The screenshots revealed by Foursquare show a clean design enabling a variety of ways to quickly find great eats nearby. It’s unclear if the rebranding and the new design will be the final steps Foursquare needs to take in purging its check-in legacy towards user growth, but it’s clear at this point the company is willing to try anything to achieve it.