Yo closes out $1.5 million in funding in seed round 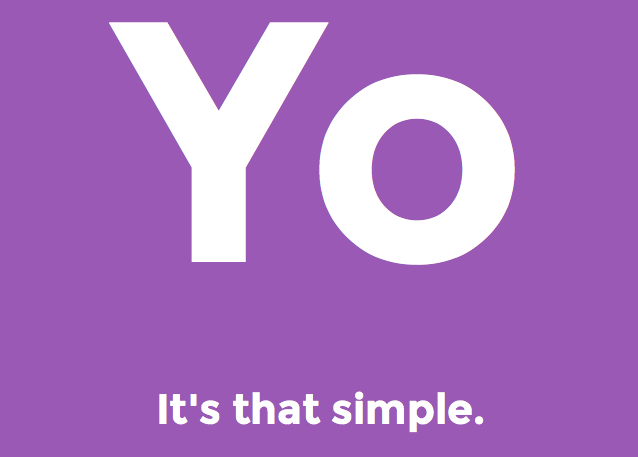 About a month ago, Yo was one of the most talked about applications on the internet. This simple notification app went viral based on the simplicity of its function. All it does is let you send ‘Yo’ notifications to your friends. If you thought the app was pointless when you heard about it, you definitely weren’t alone. So did a lot of people.  You know who doesn’t think Yo is stupid, though? Startup studio and investment firm Betaworks.

That’s right, the company that invested in Twitter, Tumblr, Airbnb, and others has announced that it will be participating in the seed round of funding for Yo. According to Betaworks’ John Borthwick, Yo is part of a whole new class of apps that function in the notification layer of your device and has huge potential. Betaworks thinks that Yo and other apps limited to on/off/yes/no communication are “fascinating” and have the potential to become a platform all on their own.

Yo sounds so silly until you realise that Borthwick kind of has a point, and the folks behind Yo aren’t as one dimensional as their app appears. Behind that garish purple and green interface is a plan to monetize. The New Yorker in June reported that Yo founder Or Arbel imagines a time when Yo might be used to alert you that your table is ready at a restaurant or when a friend’s flight has landed. At a time when wearables are on the cusp

In it’s current form, Yo is a bit of a hard sell. It’s an audible nudge or reminder that you can send out at the push of a button. Useful, but only to a point. Where it will shine is in integration with other apps.

It’s not exactly known how much money Betaworks invested. Mashable reports that the total amount raised was $1.5 million, and that this figure closes out the seed round of funding for Yo, but the app also had other investors, like Pete Cashmore from Mashable.