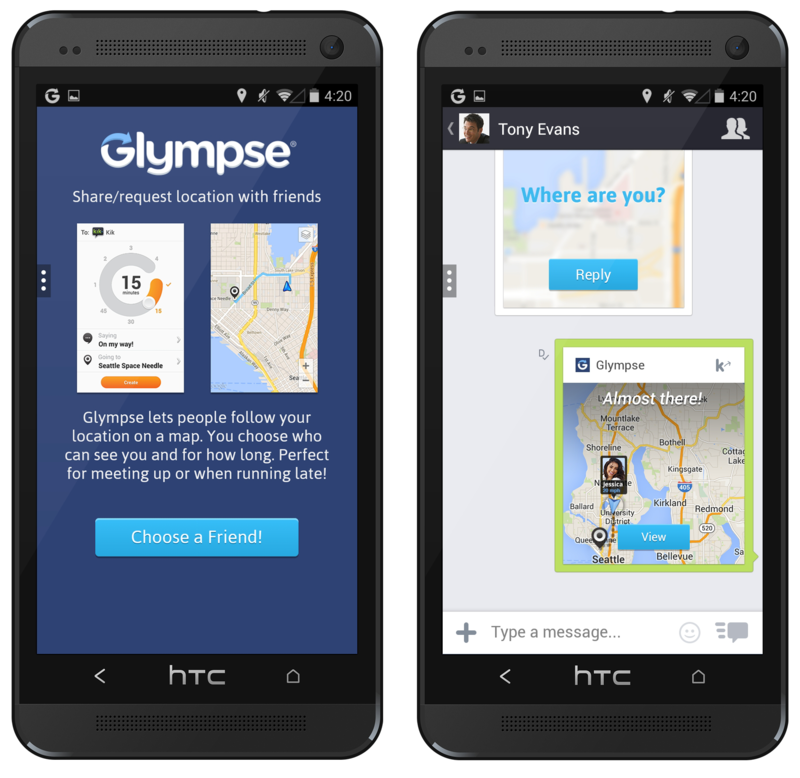 Kik has partnered with popular location-tracking service Glympse to give its users real-time location sharing. The partnership will allow Kik’s 120 million users to share their location, or request a friend to share their location using Glympse directly from a Kik conversation. Glympse can also automatically update the shared location via a handy live map viewable within the Kik app.

Of course, while this will be seen as a handy feature by most Kik users, it may also cause concern amongst Kik opponents, who see the app as a tool for bad actors to harass young teenagers. For its part, Kik allows users to limit how long a friend will be able to view live location data, from just a single point to for hours of live tracking. Parents concerned about just whom their children are sharing location data with should also make sure they avail themselves fully of the app’s recently enhanced privacy features.