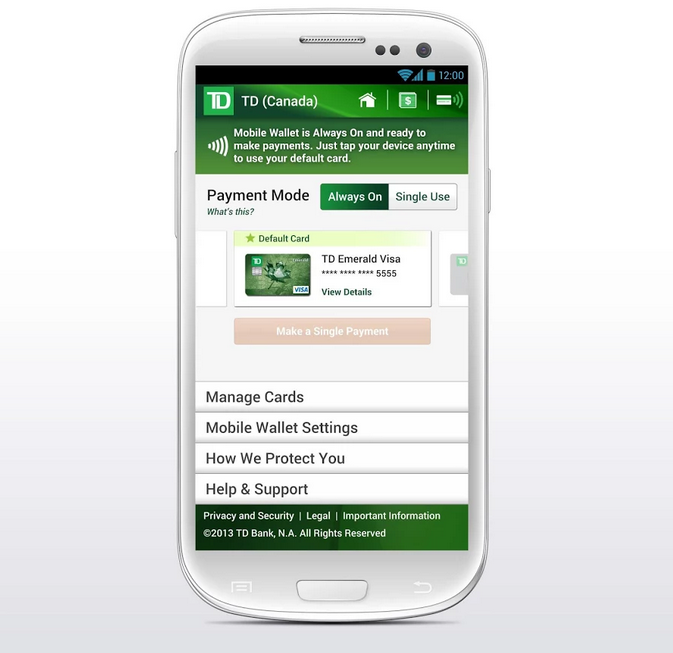 Only weeks after the wide release of Rogers suretap wallet, TD has partnered with all three major carriers to facilitate NFC-based credit card purchases. Similar to other forms of contactless mobile payments, users must have an NFC SIM card and a compatible device to use the service. For security reasons, most merchants limit purchases to between $50 and $100.

TD Canada Trust is the first Canadian bank to roll out mobile payments concurrently to more than one carrier; Bell currently has a pilot project with RBC, and Rogers and TELUS with CIBC, but TD customers are free to use any of the Big Three. Of course, the limiting factor will be the small number of supported devices — and that iPhone users are out of luck — but the number of Android handsets compatible with the service should grow in time.

The need for an NFC SIM card ensures that user data remains secure while transmitting. The transmission system is identical to that of a plastic card, as the SIM stores payment credentials in a secure element that can only be processed by Visa or MasterCard.

Update: This payment feature is also available for the BlackBerry Bold 9900.