Samsung’s Galaxy Tab S is a giant GS5, dimpled backing and all 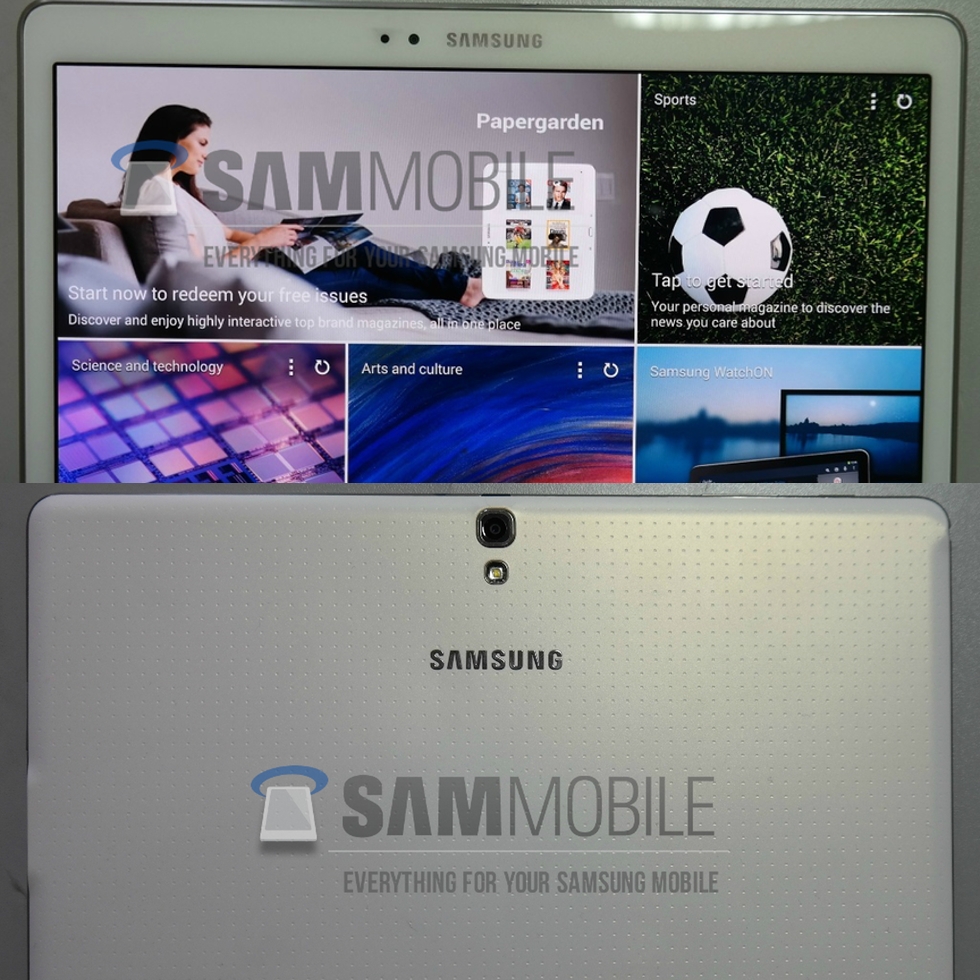 Samsung is nothing if not predictable. As in previous years, the company is set to adapt the design of its latest flagship smartphone, the Galaxy S5, to its flagship tablet, the upcoming Galaxy Tab S.

The rear of the 10.5-inch device looks to be modelled on the dimpled backing of the Galaxy S5; previous Galaxy Tabs, specifically the Note 10.1 2014 Edition and TabPRO/NotePRO series, were adapted from the Note 3’s faux-leather backing.

SamMobile once again has the exclusive here, showing photos of the tablet’s front and back. The 2560×1600 pixel display is likely the biggest change over previous generations, as not only does it sport a higher resolution, but it is the first mass-produced Super AMOLED display for tablets since the short-lived Galaxy Tab 7.7.

Look for Samsung to announce the Galaxy Tab S in two sizes, 8.4-inches and 10.5-inches, in the coming months.