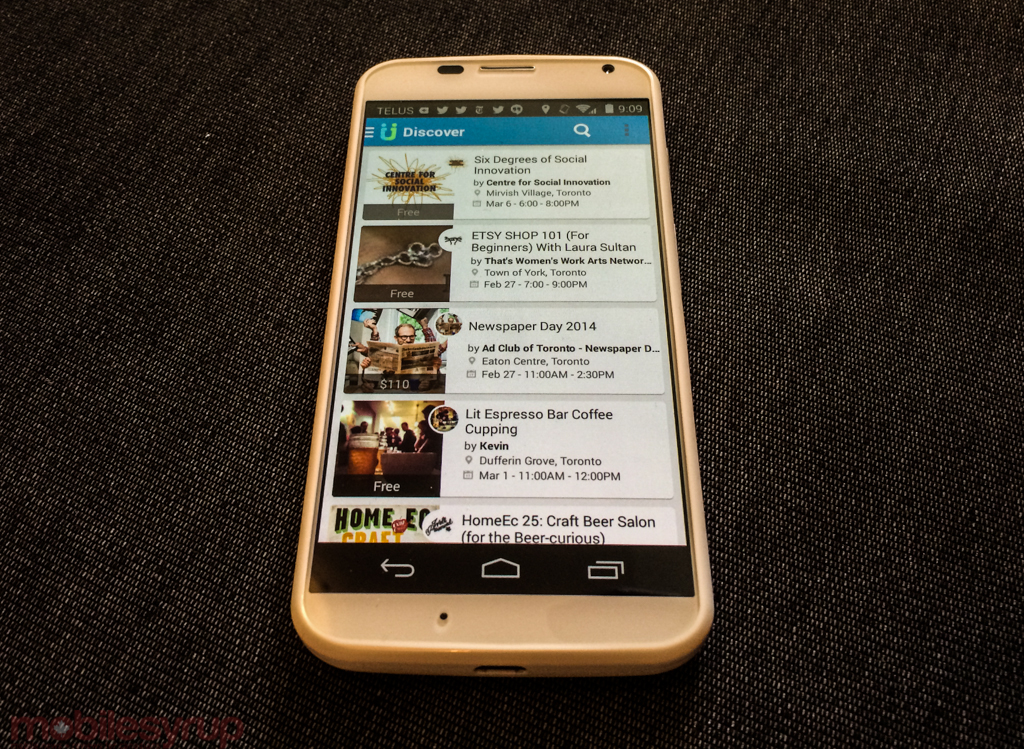 After coming to iOS last year, social events marketplace, Uniiverse, is expanding to Android today with a new app. Co-founder and CEO, Craig Follett, says that Android was the next logical step in the evolution of the app.

“We decided to really double down on mobile,” Follett said in an interview from his Toronto office. “We saw some great pickup (on iOS); lots of our users were really engaged, and we saw a lot of retention from those users. So we decided to build out the Android app.”

Craig’s experience is fairly typical for a startup finding success in the mobile space. Uniiverse, a user-generated social events platform, where people can search for and discover interesting events around them, saw iOS users log in over 10 times more than their web counterparts. Because discovery is becoming embedded in the idea of mobile — smartphones all have high-speed data connections and GPS’s in them — it makes sense that they would turn to their iPhones to find interesting things to do in their cities.

The Android equivalent is very discovery-focused, allowing users to log in via Facebook to see events that friends are attending, or those that show up within one’s social circle. Follett says that food events are the number one category, but there are myriad others, from arts & crafts to music to fundraisers, to find. 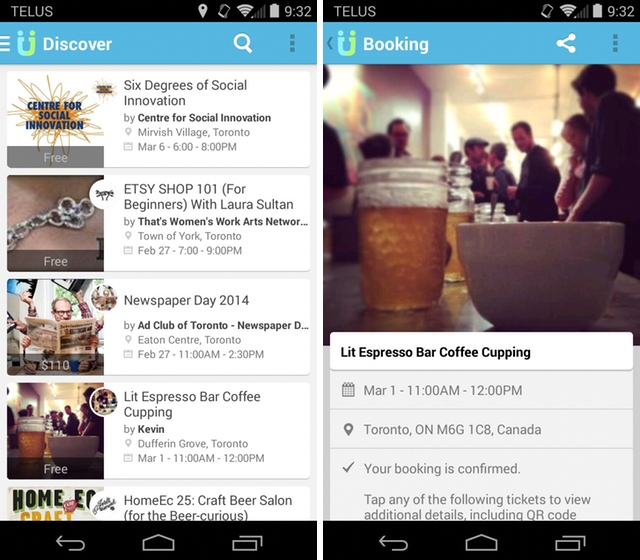 Indeed, the Android app doesn’t feel quite as complete as its iPhone counterpart, but Follett says those additions are coming. iPhone users can see messages from event coordinators and a feed of recent activity from the Uniiverse community, as well as the ability to create and administer events. He said that discovery and event booking/redemption has been the most widely-used aspect of the app, so they wanted to make sure they got it right in the Android version.

The company has big plans for Uniiverse; though it launched in Toronto, and still counts its home city as its biggest user base, they’ve had a lot of pickup in the States, with areas like Boston, Chicago and New York City taking advantage of the top-down event solution platform.

Uniiverse can be used not only to discover, book and pay for events — the team deals with the payments in-house — but tickets can then be downloaded and redeemed at the door from that same smartphone. The Android app, once a ticket is booked, shows a QR code for each ticket, easily scanned at the event site. The company also offers an API for external vendors, like newspapers, to advertise user-generated events on their websites, often filtered by keyword or location.

Follett won’t hint at upcoming partnerships, but the team is heavily involved in the Toronto event scene, coordinating the tickets for events like HoHoTO and TEDxToronto in recent months. He also says that, while Android is the most recent platform the company is working on, others, likely Windows Phone, will come in the future.

Uniiverse for iPhone curates nearby events that matter