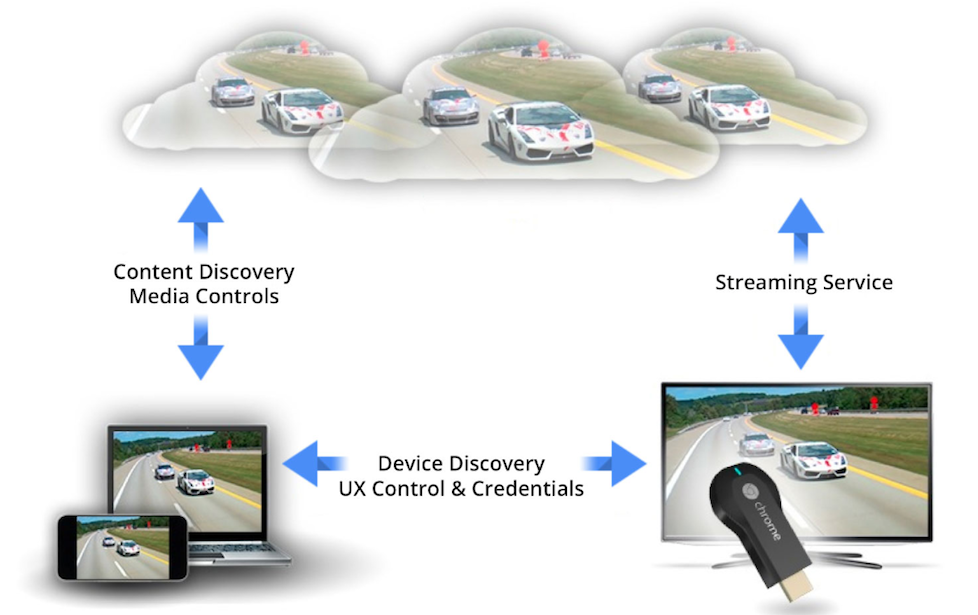 Google launched Play Services 4.1 for Android less than a month ago, but the company has iterated on its Android backend framework quickly, adding Google Cast SDK support for developers in version 4.2.

In a blog post titled Ready to Cast, Google outlined the newly-opened Chromecast-based SDK, which allows iOS and Android developers to easily add Cast support to their apps. Previously only available to a small subset of developers in preview form, the Cast SDK is now open to everyone, offering the opportunity to “throw” video, photo or audio content from a smartphone or tablet to an HDMI-enabled television.

Developers have been waiting a long time for Google to open up the Cast SDK, and though some popular apps, like Plex and Netflix, have integration, the vast majority of media apps do not. Chromecast is Google’s inexpensive answer to Apple TV, though it is substantially more limited (at the moment) than Apple’s $109 set-top box. Google doesn’t even officially sell the HDMI dongle in Canada, though that will hopefully change soon.

Back to Play Services 4.2 for Android, the release also resolves some issues in the newly-announced Google Drive API that was introduced in Play Service 4.1.