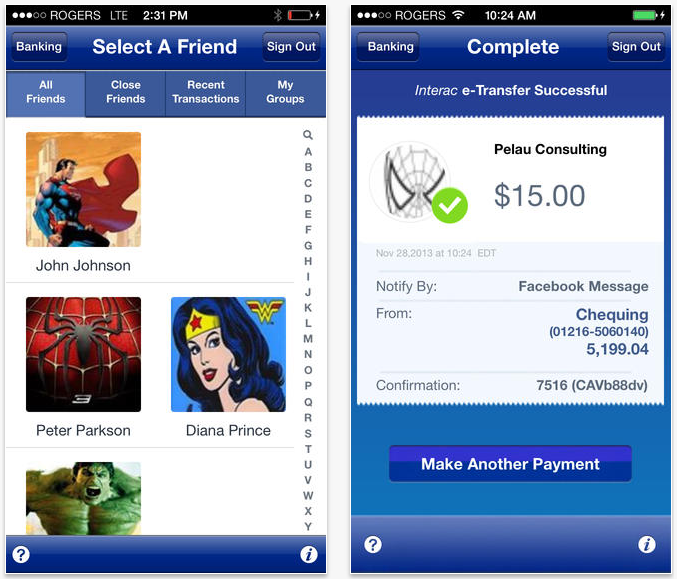 RBC is continuing its foray in the digital space by expanding its mobile app to allow customers to send e-Transfers to Facebook Messenger contacts via the iPhone.

An e-Transfer through RBC usually needs a valid email or mobile phone number, but with the new updated RBC iPad/iPhone app, customers will only need to simply choose their Facebook Messenger friend to send funds. Users will tap the Facebook button within the RBC app, then asked to log into Facebook. It’s also important to know that RBC will “need access to your Friends list so you can tell us who you want to send money to.” RBC also promises to “never post without your permission.” The steps afterwards are routine to e-Transfers, such as entering in the dollar amount, security questions and private message.

This feature was only available to iPad users at launch, but RBC stated to us that Android is on the roadmap and expected “to come later in the year.” Unfortunately, no word yet on making bringing this to either BlackBerry or Windows Phone users.

Download the RBC mobile app here from the App Store.