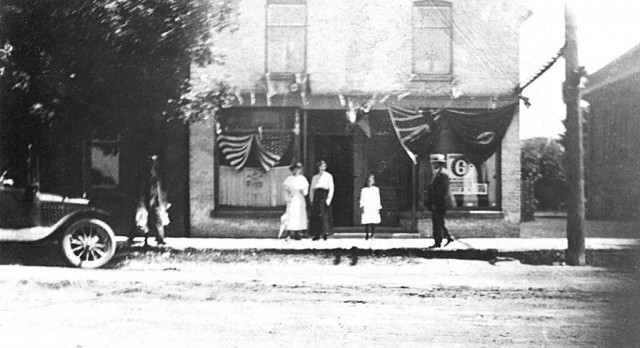 Kincardine-based Bruce Telecom announced yesterday that their assets were sold to Eastlink (Bragg Communications) for $26.5 million. Bruce Telecom currently has customers in Kincardine, Port Elgin, Tiverton, Southampton, Paisley, Owen Sound, and the the deal is expected to closed within 90 days. This will see Bruce’s home phone, internet, digital TV and wireless operations shifted to Eastlink, including their 80 employees.

Larry Kraemer, Mayor of Kincardine, said, “Given the advances and competition in the industry, it no longer made sense for the municipality to operate a telecom company.” Apparently the council approved the sale by a count of 7-1, with the only exception being Randy Roppel, who stated the sale of the 100-year old company marks a sad day for the municipality of Kincardine. The picture above was taken around 1920 and is the current Kincardine store location.