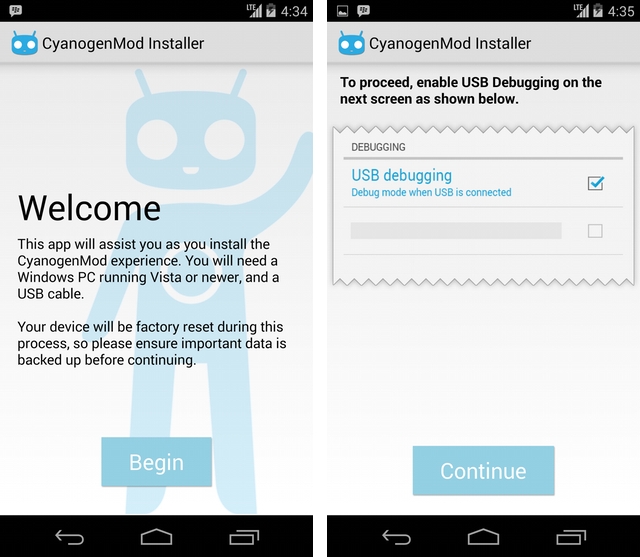 Earlier this month, CyanogenMOD took the first step towards making it easier for users to install its custom ROM by releasing a guidance app on Google Play.

Little more than a shell advising users how to download the desktop software to facilitate unlocking the bootloader and flashing the ROM, its presence apparently went afoul of Google’s Terms of Service, as it “encourages users to void their warranty,” according to an email received from the Play Store team.

Because Android users are able to sideload apps, the Installer is still available directly from the website as an APK file. It’s not an elegant solution — and CM has submitted the Installer to Samsung’s and Amazon’s respective app stores — but it’s better than nothing.

As for whether the Installer truly violates the terms of service is up for debate, as not all devices have their warranties voided by unlocking their bootloader, nor do all of them come with locked bootloaders, but it’s within Google’s rights to remove the app.