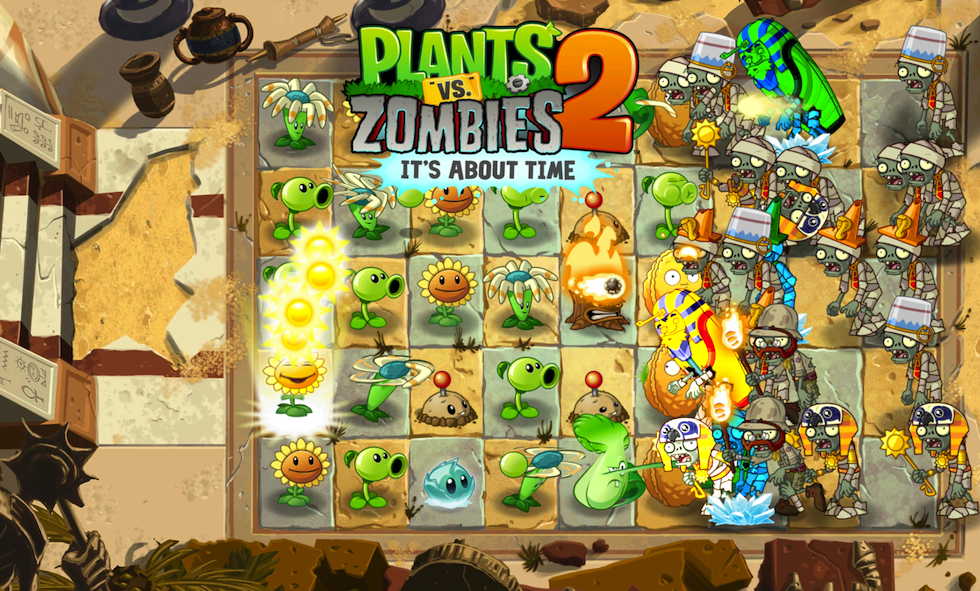 EA and PopCap Games have finally brought the free-to-play Plants vs. Zombies 2 to Android.

While the title caused a considerable amount of debate as to whether it was the right business model for the category, most early iOS adopters came to appreciate its nicely-balanced approach to in-app purchases.

The game dynamics are identical to the first: a shambling hoard of (relatively cute) zombies are coming for you with grid-like precision, and it’s your job to use any weapon at your disposal to quell the impending attack. In the sequel, various power-ups and magical abilities are hidden behind that paywall, but for the most part the game should be beatable without spending a penny.

There are also a number of mini games for users to play, such as Piñata Party, which came to iOS devices yesterday as well. These mini games are available for a limited time and help players more quickly accrue in-app currency. If time is short and skill is lacking, there are always “pay-to-win” scenarios, too. The game is getting gutted in the Play Store reviews section for this very addition, but a free game is still a free game.

If you’d like to play the original, which has just received a big update and has no in-app purchases, it’s available for $0.99 for a limited time.

Plants vs. Zombies 2 reaps F2P benefits as it nets 16 million downloads in its first weekend

PlayStation Store sale discounts EA games by up to 70 percent