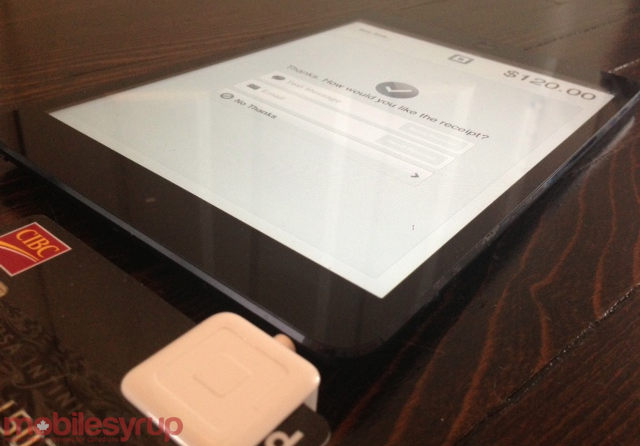 Square, the mobile commerce platform dreamed up by Twitter co-founder Jack Dorsey, is digging deep into Canada. The company recently announced plans to expand its presence and open up an permanent office in the Kitchener-Waterloo area.

Square’s services are directly targeted to small business owners who are looking for an affordable and convenient way to accept debit and credit card payments. Square takes 2.75% of every credit card transaction, which is standard, but the Square Register point-of-sale platform, card reader dongle, and app (iPhone, iPad or Android) are all available for free.

The service launched here last year and Dorsey declared a few weeks ago that Square has “millions of merchants” across Canada, United States and Japan, but didn’t give a specific number for Canada. The number of transactions that Square has processed in the three operating countries has risen to $16 billion.

Square has finally released Canadian stats, specifically in Ontario. The picture below shows that 15,000 business have used Square since launching in October 2012, plus “$40 million in Ontario small business revenue powered by Square in its first year in Canada.”

Looks like Square is showing a bit more love for those in Ontario as Dorsey will once again come back to the province. On October 23rd, Dorsey will lead the ‘Let’s Talk’ series and engage in an conversation with various Toronto small businesses about owning a business and how to strengthen a community. The event is happening in the Distillery District from 6:00 PM to 8:00 PM – Register here.

“Businesses of every size should have the tools and resources to compete on the merit of their work and ideas,” said Square CEO Jack Dorsey. “The growth and success of a community depends upon the people who support it. We’re eager to meet business owners, listen to their stories, introduce them to one another, and unite their neighbourhoods.” 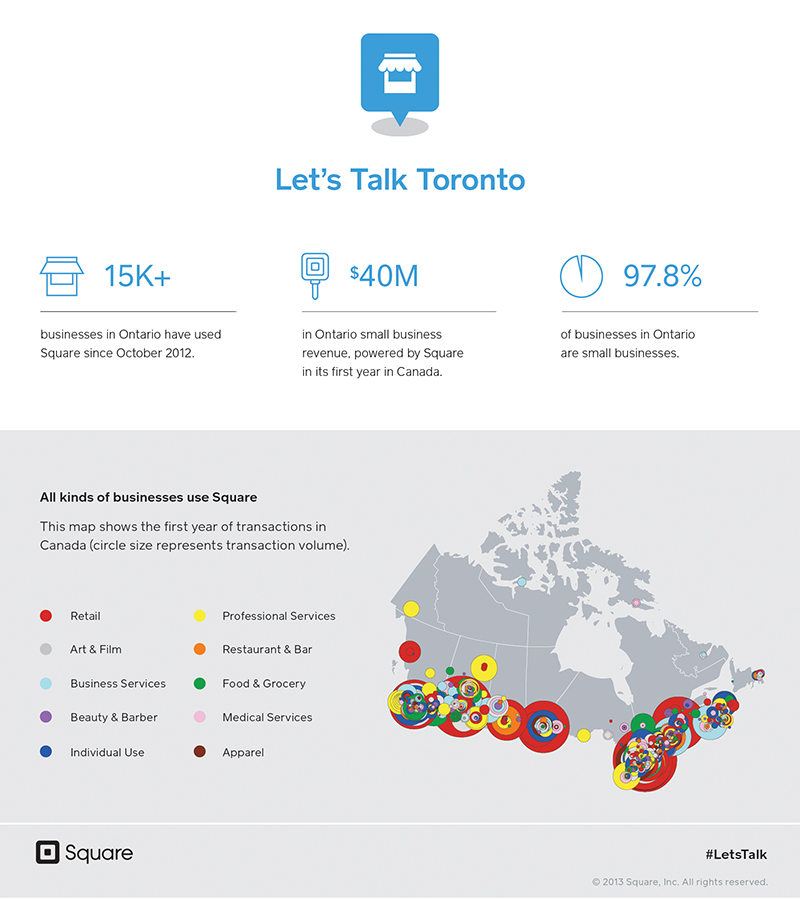