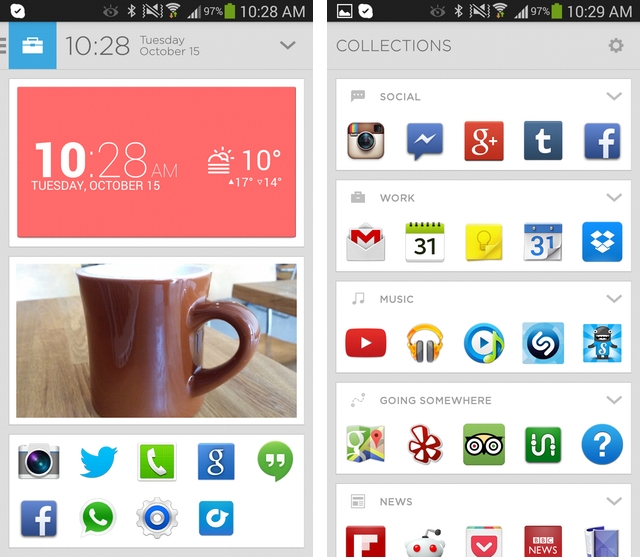 When we first heard about Aviate, it was emerging as one of the most interesting-looking “card-based” launchers for Android. But being in beta, and not really knowing whether it would ever emerge, made us skeptical of its future (see Chameleon Launcher for proof).

But Aviate approaches things from perspective of simplicity, using an Android phone’s context — where it is, what it is doing, and what it’s going to do next — to change the way it acts and looks.

For example, if you’re at work, the app emphasizes productivity apps; if it detects that you’re at a coffee shop, it will prompt you to check in using Foursquare or read reviews on Yelp.

The idea of Spaces is not unique to Aviate, but it’s one of the more interesting methods of dividing a single UI into different experiences. While the Card-based design will be immediately familiar to anyone who’s used many of Google’s most recent apps, Aviate limits customization to two small widgets on the main screen and a ten-icon Favourites dock below it. The rest of a user’s apps will be launched from the various automatically-curated Collections, where the system attempts to group them into categories like Social, Work, Music, Going Somewhere, etc. It works most of the time — there’s an A-Z grid of apps to the far right that can be dragged into the various Collections — but Aviate understands that it won’t be for everyone.

The beta is still only available to those who sign up through Aviate’s website, and the wait list is quite long — we’re working on getting you some codes, so hang tight — but it’s worth being patient.

Improvements over the alpha version include better performance, lower battery consumption, better image integration within Spaces, the ability to add widgets to the home screen, and the ability to invite five of your friends to the program. 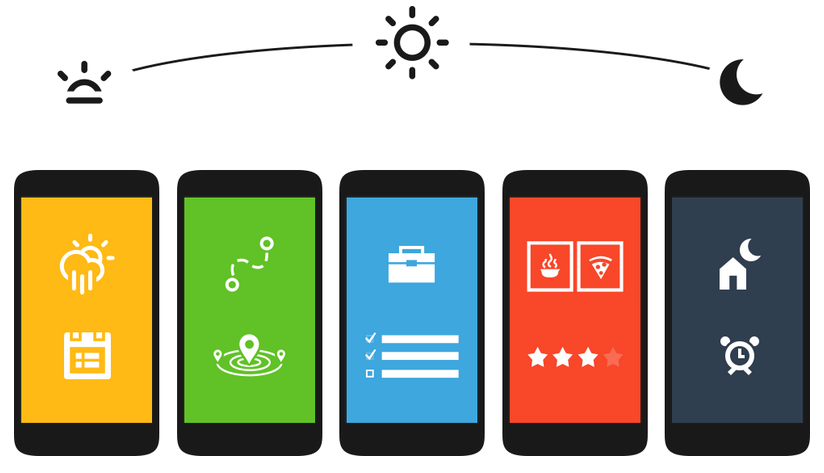 To get in on the action, head to getaviate.com and sign up.