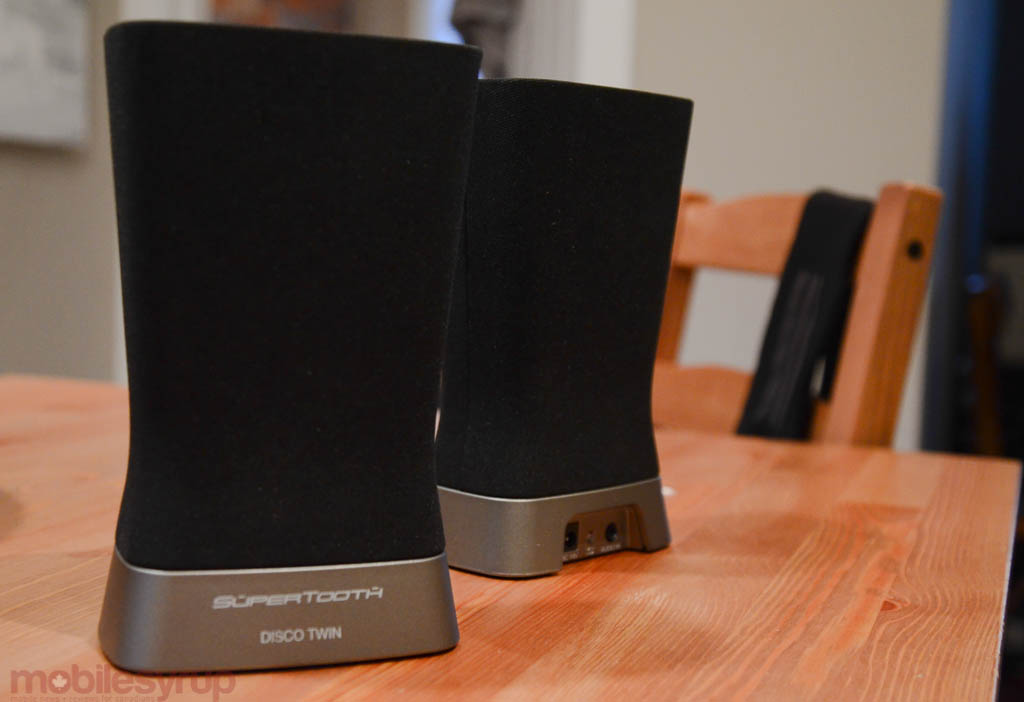 The shelves of retail stores are littered with seemingly high-fidelity wireless speakers these days, the de facto companion to any smartphone or tablet.

SuperTooth, a French company that began by focusing on car-related audio accessories, has taken steps to find a place in a market crowded by increasingly prominent brands like Jawbone and Ultimate Ears. Now in its third iteration, the Disco line has been blessed by Bluetooth’s power to pair devices together, birthing Disco Twin.

Comprised of two 16W dual-driver speakers forming a stereo pair, SuperTooth built the product on the back of its existing Disco 2 SKU, which it sells in multiple colours. Although Disco 2 lacked the horizontal orientation and boomier sound of the original, the Twin set largely offsets the disadvantage while maintaining portability. Still, each Disco can be used on their own, as they have individual top-mounted controls.

The pear-shaped pair is made of a sturdy, scratch-resistant plastic, and the drivers are covered loosely with mesh that flex and bend without ripping; I’ve thrown these into bags without a cover (although one is graciously provided in the box for each speaker) and have yet to suffer any tears. The rear of the device offers a standard AC plug and audio input for those who eschew Bluetooth, as well as an LED to indicate pairing status between the two speakers. Each vertically-oriented tower is light at just over 550 grams, and the internal rechargeable battery promises 6-10 hours depending on volume. 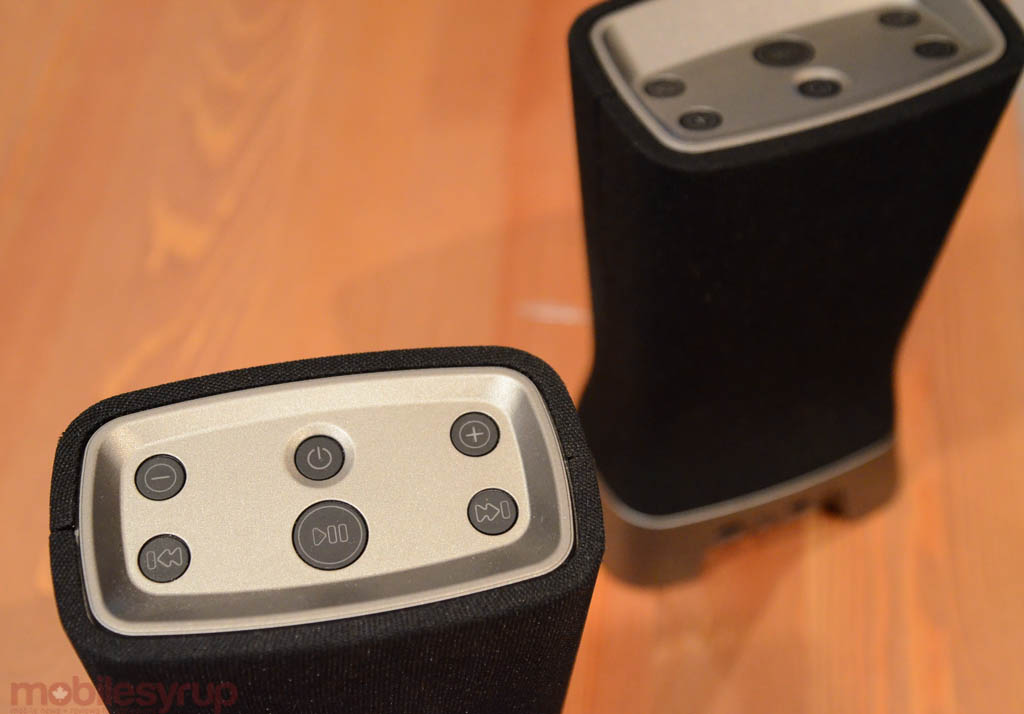 In real world testing, where I streamed Songza to both speakers at 65% volume until they stopped working, I achieve 6 hours and 24 minutes from the Master and 6 hours, 53 minutes from the Secondary driver. Because they use the Bluetooth 3.0 protocol, pairing is relatively easy, but the procedure is a little more difficult when pairing both. The master must be paired with a smartphone before turning on the secondary unit, which then seeks out the first; the phone will show it is paired with two Bluetooth devices, but turning off one will disconnect both and you’ll have to start the procedure over again. It’s not cumbersome, and would be better served by adding NFC to one or both of the speakers, but once you master the directions a couple of times it becomes second hat.

The more relevant question than how they look is how they sound. SuperTooth admits that these are not the most powerful speakers on the market — 16W is just a number, but in reality they lack the oomph of a Jambox — but when paired together there’s a definite spacial separation between the left and right channel, and the pair produce some lovely, warm sound. The system works with any Bluetooth-powered device running iOS, BlackBerry, Android or Windows Phone, and can even hook into other devices uses a 3.5mm speaker cable.

While a lack of true bass under 100Hz is to be expected, each Disco speaker emits a warm and true sound, with accurate mids and highs that don’t distort into sibilance, even at the highest volumes. I’ve taken these speakers to school gyms and played them during basketball games, finding them versatile, portable and, ultimately, indispensable. At $150 for the pair, it’s a question of whether you’re better served by two weaker speakers or a single, more powerful alternative like the Jawbone Jambox, which costs around the same.

The SuperTooth Disco Twin is an interesting set that is powerful enough take the place of a regular set of computer speakers, but can be bundled up, thrown in a bag and used for practically anything else.