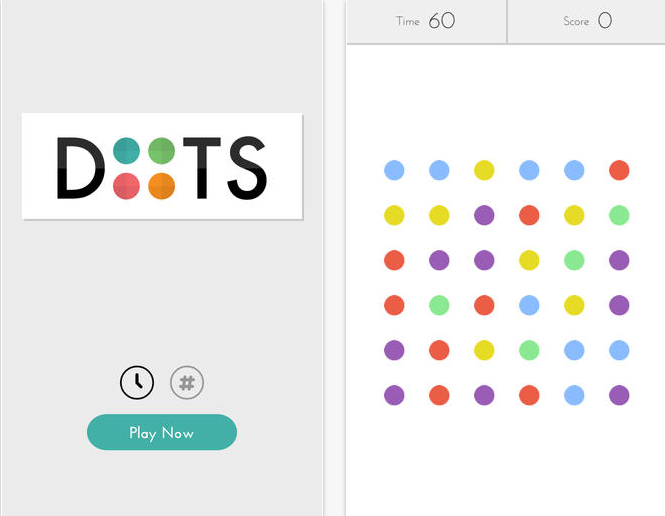 Did you get swept up in the Dots craze? It’s OK, you can admit it; so did I.

In fact, for a time, Dots was the number one game on iPhone, and among the top revenue generating games on iOS. For a game so simple, and one that started largely as an experiment by Digg and Instapaper owners Betaworks, the game took on a Candy Crush-like aura for some time, though it never gained the mainstream attention of that match-three phenomenon.

Dots was also touted as one of the games that would herald in the iOS 7 era, replete with minimalist design and flat, smooth textures. The simplicity of the game is what gets you playing; its difficulty, and the need to score higher than your friends, is what reels you in. Users must match two or more dots of the same colour to earn points; match four of the same colour and it is wiped from the board until it reloads. Users can buy additional Dots, which allow for power-ups or extra time, to hit those ridiculous scores — and you’ll need to spend money to be a contender in this game — but it can still be fun without paying for anything.

Dots has been available for around four months on iOS, and today it has arrived on Android and Kindle Fire, along with a big update to the iPhone version. iOS users can expect a new “Moves” mode, which instead of being time-restricted (regular games are 60 seconds) they are restricted to a maximum of 30 moves.