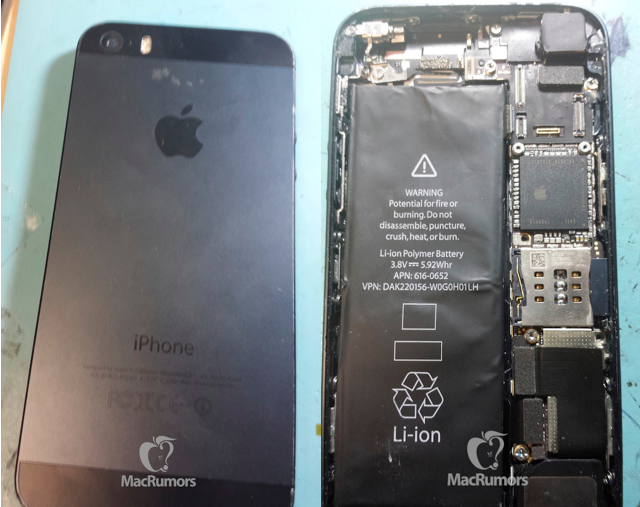 It’s hard to say what’s real and what’s fake when it comes to leaked Apple iPhone parts. Over the past few days we’ve stayed clear of posting all the scattered surfaced parts, such as the display, motherboard, connectors, frame and circuit board.

However, when all the parts get assembled in a nice package it makes for a different conversation. MacRumours is reporting that the next iPhone – possibly called the iPhone 5S – will have a similar design to the iPhone 5, but the main differences will have the camera coming with a dual LED flash, plus come with a larger and improved battery – reportedly a 5.92 Whr (watt hours), while the iPhone 5 has a 5.45 Whr. No word on the processor, perhaps it’ll be the same A6 that’s in the iPhone 5 or a new A7 chip.

Previous rumours have suggested that Apple will announce the new iPhone 5S in August with global availability in September. For now… this is all just a rumour.