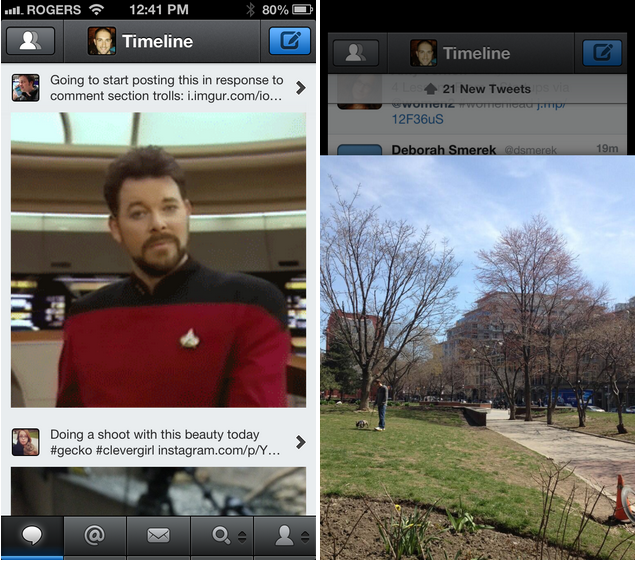 Tweetbot for iPhone and iPad has been updated with a lovely new feature that consolidates all the media — photos and video — from followers in your timeline and puts it into a separate list. This, along with a new media viewer, increases the visibility of Twitter’s increasingly-important use as a photo-sharing medium.

While a dedicated media timeline may not seem like a big deal at first, after using it briefly I immediately understood how it will change the way I use the service. While there are other applications such as Scope that separate media from the rest of the content, the ability to switch back and forth between the default and picture timeline in Tweetbot is incredibly useful.

Third-party Twitter clients have been under pressure lately to avoid reproducing the core tenets of the company’s official apps. This dedicated media timeline certainly adds to the appeal of Tweetbot as something more than just a copy (even though it does most things better than Twitter for iOS). The functionality is also available for the iPad version.

Source: Tweetbot for iPhone
Via: TheNextWeb