Sony adds Xperia Z to the Android Open Source Project, hopes to be a Nexus alternative 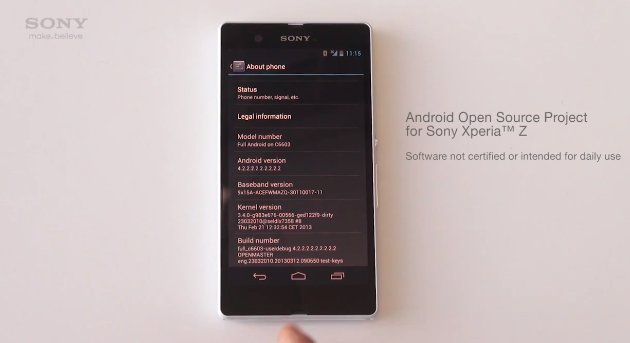 Sony has added its Xperia Z model (that’s right, the one they don’t sell in Canada) to the Android Open Source Project. As they did with the Xperia S, the company wants to make stock Android and all the juicy innards like drivers, libraries and such, work properly on its new flagship hardware. Because OEMs dissect and change much of Google’s original source code to fit the internal hardware of their various phones, this is a more difficult feat than it would first appear.

Android Open Source Project is also currently running a higher version than Sony has released officially for its Xperia Z and ZL devices. A highly modified version of Android 4.2.2 will come to the Xperia line shortly, as was promised when the phones launched, but getting the hardware to work on pure stock Android is a good first step.

The engineers working on the project already have several important components working, including WiFi, Bluetooth, GPS, sensors, SD card and LED lights. The modem and camera are working internally, but the company hasn’t released the source code for those particular libraries, so users won’t have access to them at this time. As a result, the AOSP ROM is not suitable for everyday use, but should be fine for a developer to use when building custom ROMs for the device.

While the Xperia ZL uses the identical Qualcomm Snapdragon S4 Pro processor, this ROM is not intended for that variant. The Canadian version of the device sold through carriers has a locked bootloader, too, making it nearly impossible for users to load alternate software.