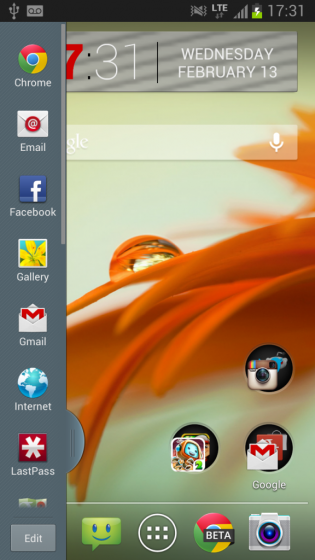 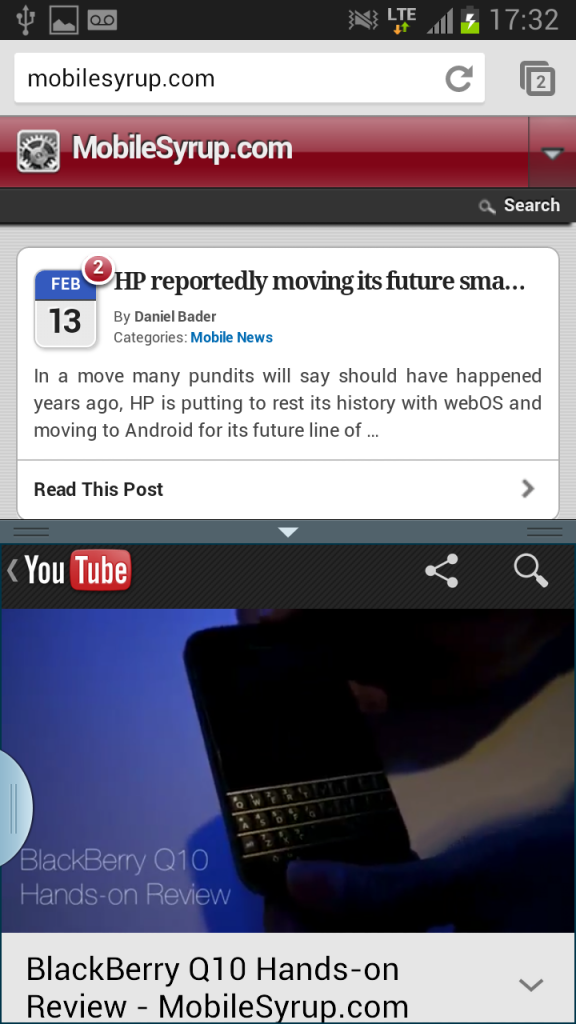 It may be difficult to believe, but I don’t own every smartphone on the market. In fact, I no longer own any Samsung devices, having returned my demo Galaxy Note II and selling my Galaxy S III when the Nexus 4 was released.

But I was itching to get back to the Note II when Samsung released the Android 4.1.2 update for Canadians last week. After seeing it demoed by tech writer friends at conferences and hearing Samsung execs wax prolific about its “game-changing” nature, my interest was suitably piqued.

Before we begin, let’s return to the Note II. When it was released to Canadians in November, the Note II was one of the fastest devices put to silicone, and has yet to be surpassed in raw power and battery longevity. The 5.5-inch smartphone was, and still is, too big for some hands but, as with most transitions, the device’s size has been embraced across the phone industry. In short, I see Note II’s everywhere. Granted, I see five Galaxy S III’s for every larger counterpart, but the Note line is gaining traction quickly. It also engenders the type of loyalty rarely seen among smartphone owners; due to its unique position in the market, I’ve observed that once you go Note, you rarely go back.

At a high level, Android 4.1.2 is mainly a bug fix release. It purportedly improves performance and stability, but since Samsung did a number of its own tweaks and optimizations on its version of Android 4.1.1, it’s hard to know what else has been added in the update.

I haven’t noticed any increases in smoothness or battery life so far, but the shipping software rarely left me wanting for either. Samsung advertised this update as primarily bringing Multi Window support to the Note II, along with support for Simplified Chinese input.

I didn’t expect to enjoy using Multi Window as much as I have. Simply, the feature affixes itself to the Note’s back button, allowing you to bring up a list of compatible apps to open side by side. Unlike the version that shipped with the Note 10.1, the Note II actually runs two apps at the same time, making it easy to watch a YouTube video on the bottom (in portrait) or on the right (in landscape) while surfing the web or scrolling through your Twitter feed.

While the feature will likely be more useful when the Note III is upgraded to a 1080p display — the 1280×720 pixel resolution of the current model doesn’t convey enough information for extensive reference — in its current configuration, Multi Window is fantastically useful.

There are myriad combinations of interesting implementations of Multi Window. Some of my favourite emulate the “second screen” experience while on the go. Buffering a YouTube video or watching a preloaded movie clip while surfing the web works quite well, as you can adjust the size of the two windows to fit the portrait length of the video portion. And because developers can use Samsung’s Multi Window API to make their apps compatible with the feature, there is a growing list of excellent software that can be used side-by-side with first-party Samsung and Google fare.

One can’t forget that the Note II can be used for more than just reference; the S Pen is an incredible tool when paired with Multi Window. Creative types can sketch in one window while looking at a photo in another; scholars can take notes while researching something on Wikipedia or YouTube. Even for simple things like using Lastpass to display a randomly generated password for a web service I rarely use, Multi Window actually saves its users time.

Samsung has a great platform on its hands here: this is the company’s AirPlay, a seemingly minor feature that, with some developer love and a bit of creativity, can be used to facilitate immeasurably useful enterprises. Think about Multi Window being used on multiple devices: two or more apps communicating with one another on a Note II and a Note 10.1, with data and input being shared wirelessly between the two pieces of hardware. Android an facilitate such interaction, and with the proliferation of Wireless-N and Wireless-AC routers, there is sufficient bandwidth to make it happen seamlessly.

If you haven’t yet updated to Android 4.1.2 on your Galaxy Note II, do it. Quickly.