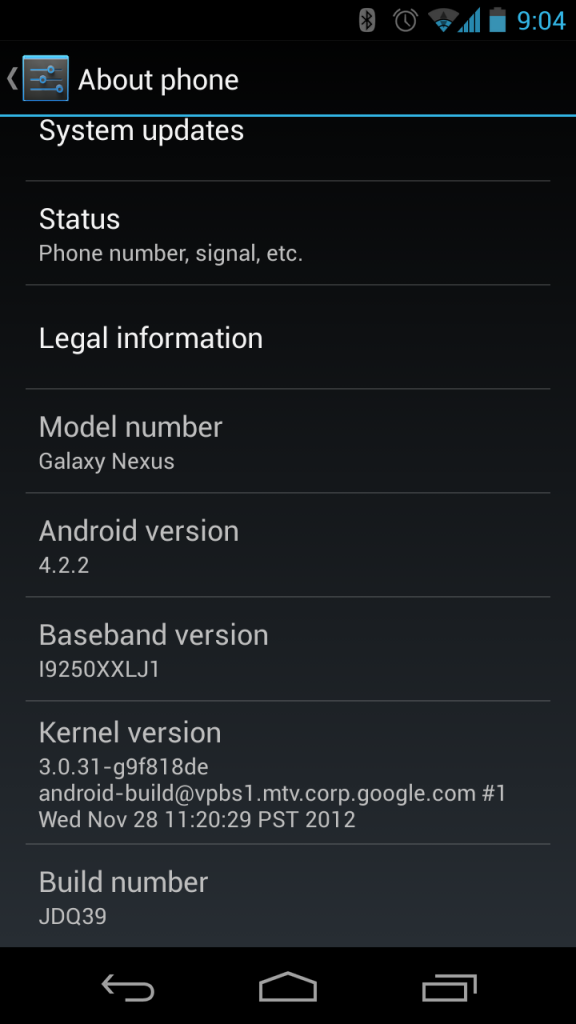 We’ve been getting intermittent reports of an upgrade available for Nexus 7, Nexus 10 and takju Galaxy Nexus owners to Android 4.2.2. This is a release Google was rumoured to start shipping in Brazilian Nexus 4’s over a month ago, but nothing ever came of that assertion.

Looks like the rollout to Android 4.2.2 begins in earnest today, though there is no sign of an update to the Nexus 4 available just yet.

We’ve heard sparing reports of OTA updates being pushed out, so the thing to do is to download the update manually and install it. Android Police has a good overview of how to do just this. At this time only the takju Galaxy Nexus variant is available for download, so if you’re rocking a Nexus 7 or Nexus 10, or an international yakju Galaxy Nexus, just sit tight. Remember, takju devices were never officially released in Canada as they were the ones sold to Americans to the Google Play Store before the Nexus 4 was released. It’s very unlikely that you have a takju Galaxy Nexus, but use the Nexus Update Checker to verify this.

The build number is JDQ39, and it appears to fix the Bluetooth streaming bug that frustrated many users in 4.2.1.

Are you seeing an update to Android 4.2.2 just yet?