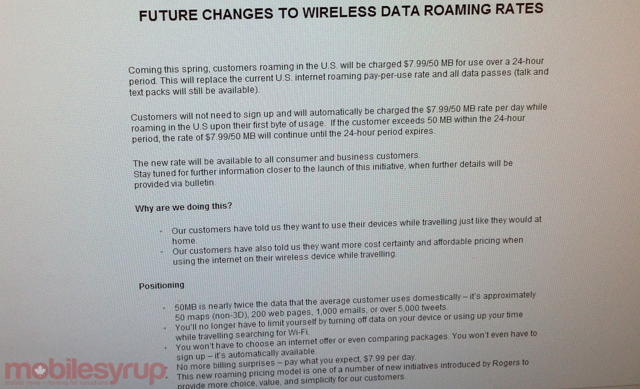 Last Friday Rogers announced plans to launch a $7.99/day United States pay-per-use roaming fee sometime “this Spring.” Customers who travel to the States would be charged the flat rate for 50MB of data.

According to the internal doc we received it reveals that Fido will be heading down the same track. Fido notes that “customers have told us they want to use their devices while travelling just like they would at home.” The same $7.99 will be charged per 24-hours for 50MB of data.

Finally, it also seems that this is the fist of many changes for both Rogers and Fido. The doc notes that “this new roaming pricing model is one of a number of new initiatives.” Perhaps they’ll implement a similar plan for international roaming.