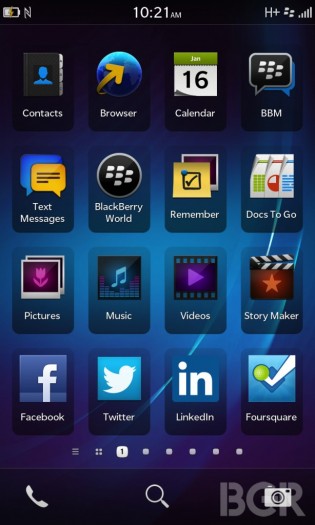 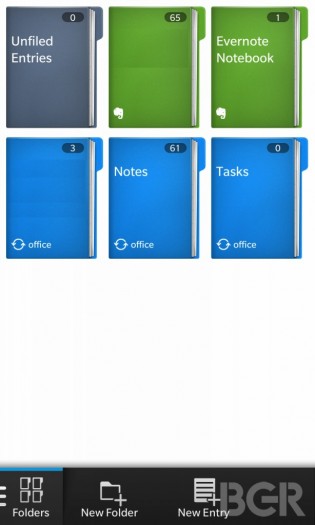 New screenshots of the Gold Master version of BlackBerry 10, obtained by BGR, show off many of the features we’ve heard about but had little context for their implementation.

Until now, we’ve seen plenty of evidence of the BlackBerry Z10 and X10 hardware, and some video of the software in action, but these screenshots delve deeper into pre-loaded apps. Proving that heavy Evernote integration is in the cards, it appears BlackBerry 10 will incorporate Evernote Notebooks into the Docs to Go app. While previous OEMs such as HTC folded the note-taking service into its software, BlackBerry 10 looks to make the best use of it, allowing users to open and edit documents in Docs to Go and immediately save it back to the cloud.

As we’ve seen before, the BlackBerry 10 home screen is going to look familiar to loyal users, retaining the classic design of its BBM, Browser and BlackBerry World icons. It is also introducing new apps, including a to-do program called Remember. We’ve also heard that, in addition to apps, BlackBerry World will offer music and movie downloads. It looks like Facebook, Twitter, LinkedIn and Foursquare will all be preloaded and prominently placed on the home screen. 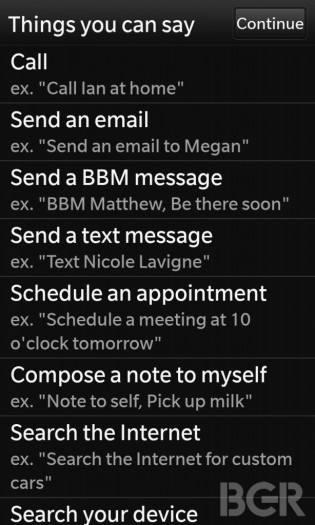 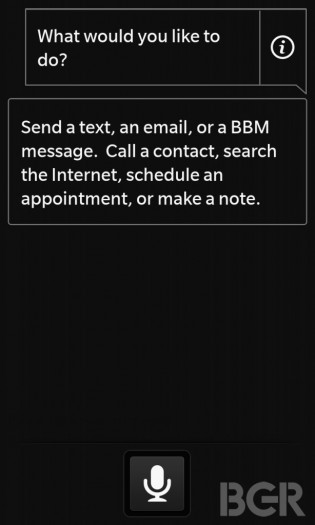 Thanks to a leaked video over the weekend, we got to see a little of BlackBerry 10’s voice assistant, which is reminiscent of Apple’s Siri. In fact, the textual overlay and microphone icons bear an uncanny resemblance to Siri, and the feature set — email, SMS, BBM, search, schedule, note — are all lifted from the classic voice assistant playbook. Not that there is anything wrong with that, but we’d like to see RIM move beyond semantic voice input and break some new ground in this area.

The above video pits BlackBerry 10’s voice assistant and Siri against one another, and the former fares quite well (skip to 1:35 for that part). We’re confident that RIM will build out its voice assistant feature beyond mere imitation, but at least the capabilities are available out of the box, in multiple languages.

If you keep watching, towards the end of the video the reviewer compares the BB10 Twitter app to the official iOS version and they are all but identical. Indeed, it would seem that Twitter and Facebook have deviated little from their traditional mobile design languages. 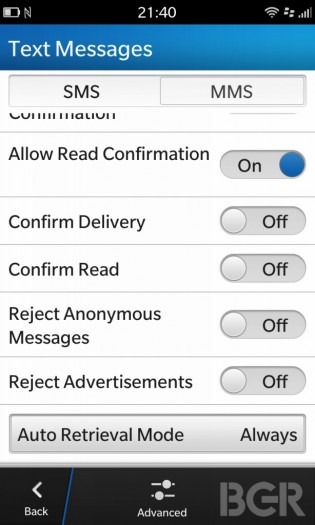 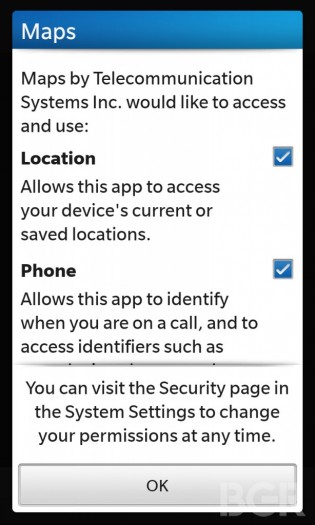 It looks like RIM has peppered some thoughtful features into various system apps. For example, in the Text Messages section, users can block incoming texts from unknown senders or with content deemed to be commercial such as advertisements.

The company also looks to be using Telecommunication Services Inc. as its maps provider. TCS purchased Networks In Motion in 2009 and acquired its multi-platform commercial GPS solution with it. The company has apps under the name AtlasBook Navigator for Android, iPhone and feature phones, and it looks like RIM will be providing free turn-by-turn navigation in addition to a full-featured Maps app that doesn’t rely on Google or Bing. 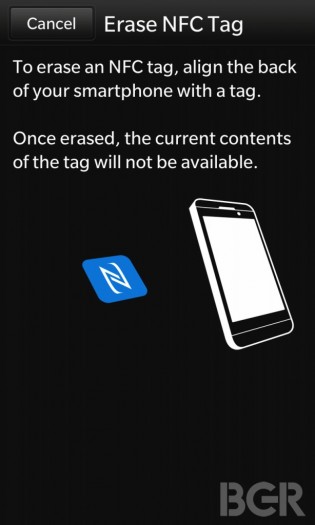 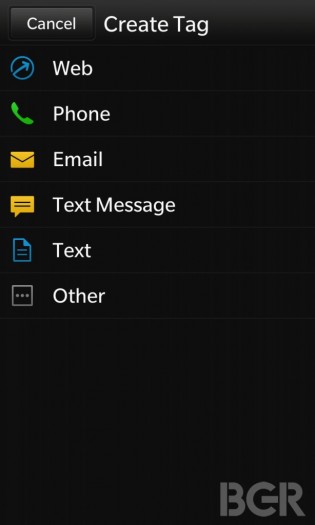 BlackBerry 10 will also offer extensive built-in NFC features, including the creation, locking and erasing or NFC tags in addition to standard content transfer. Few companies have taken full advantage of the NFC platform for productivity but RIM is addressing the market need, not just with its NFC-enabled wallet platform. Users will be able to create tags with web, phone, email, SMS or plain text content, and we’re confident developers will come up with other uses for the low-power protocol.

BGR also states at, at least in the US, the BlackBerry Z10 will come in at $149 on a two-year contract. This bodes well for Canadians accustomed to high launch prices for BlackBerry models.

All this just whets our appetites even more for the January 30th BlackBerry 10 launch, though we’re worried after all these hardware and software leaks there won’t be any more surprises.