Sony will bring the Xperia ZL to Canada this quarter, differs slightly from the international Xperia Z (video) 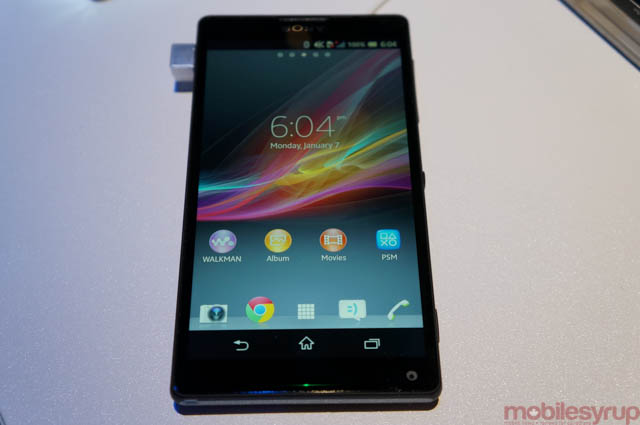 After Sony’s press conference at CES, we had a chance to play with both of the company’s new Android models. Yes, there are new upcoming 5-inch 1080p devices being released, though Canadians will only see one of them (officially). Where the Xperia Z is tall and thin, with a classy, glossy backing reminiscent of nothing the company has previously done (and reminding us of a Panasonic fridge door in the process), the Xperia ZL is slightly stouter — shorter and thicker, specifically –with a textured backing that is not quite as fetching. 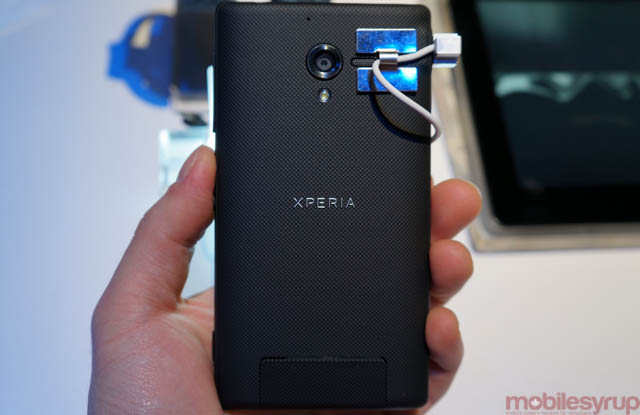 But the Xperia ZL does have a few advantages over its Xperia Z cousin; it has a tiny bezel, leaving the screen to dominate the device’s front. Really, the Xperia ZL feels a lot smaller than its 5-inch lineage would betray. It’s also incredibly light, and feels fantastic in the hand. Internally, the Xperia ZL comes with an IR blaster — changing channels and such with a universal remote app — but its exterior loses the IP55 and IP57 dust- and water resistance that graces the international Xperia Z.

It’s also interesting that the ZL places its 2MP front-facing camera, which also boasts an Exmor R sensor, at the bottom of the display. In real world testing it proved awkward to have to look at the “wrong” end of the screen to communicate, but we’re sure it will normalize quickly enough. 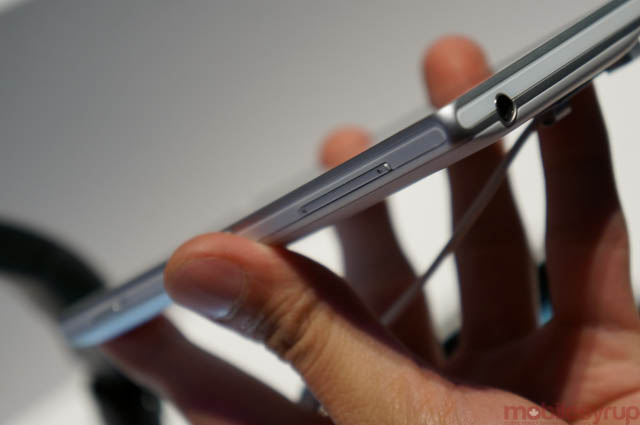 The phone may not have the “balanced” quality of its Xperia Z counterpart, but the Xperia ZL, even at a relatively hefty 151g, feels very solid and compact in the hand, especially for a device of its size. The display makes up an incredible 75% of its front, something few other manufacturers can boast. But the device also has a dedicated shutter button, a chiseled aluminum power button, and a fantastic camera experience with an instant shutter and Sony’s “Superior Auto” mode, which it borrowed from its top-range Cybershot and NEX cameras. This allows the advanced sensor to adjust to surrounding conditions — macro or low-light, for example — and make the necessary changes accordingly. The shutter was firm but responsive, like most of Sony’s recently smartphones, though the sheer size of the Xperia ZL may be non-condusive to one-handed operation.

Sony has announced that it will bring the Xperia ZL to Canada in Q1 2013, likely before the end of March. It is not talking carrier availability or pricing, but we were assured that the phone would have a wide berth, so we’re assuming more than one carrier. The Xperia T was Sony’s more varied rollout to date; this phone may come only four months after the company’s previous flagship. Considering it was only a year ago, here at CES 2012, that Sony announced the Xperia S and Xperia ion, the company has come a long, long way in a short 52 weeks.