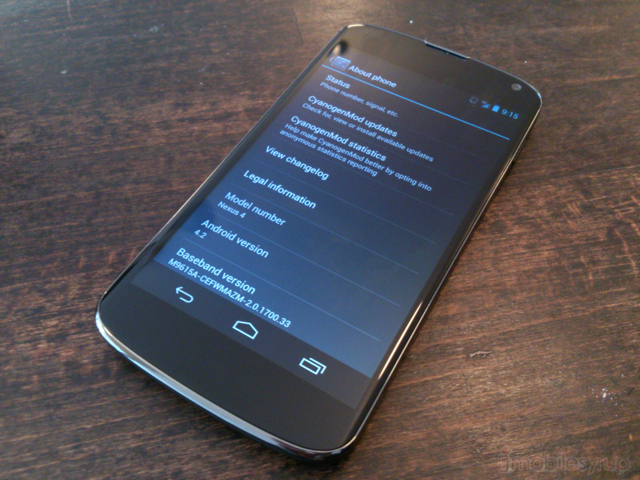 As far as custom ROM release go, this one was pretty inevitable. While unofficial versions have been available for a few days already, the first official nightly of CyanogenMOD 10.1, based on Android 4.2, is available for the Nexus 4. Android 4.2.1 is going to roll out in the next few days.

While this version isn’t particularly different from the current stock Android experience, it’s the beginning of a project that will likely turn into something very special.

Unlocking the bootloader and rooting the Nexus 4 is far easier than on carrier-released devices, so Nexus devices have become the de facto enthusiasts’ series.

For those lucky few who already have a Nexus 4, you can download CM10.1 nightlies at CyanogenMOD.