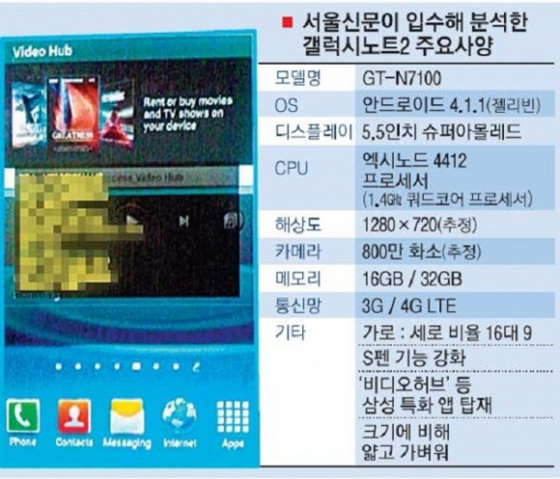 The Galaxy Note II is so far from a rumour it may as well already be in our hands. Rumored specs, design and release dates were posted long before Samsung told us they would be announcing the device at IFA in Berlin this week, but now there is no bag for the cat to hide in any longer.

Seoul Newspaper published what looks to be official specs, as well as a screenshot of TouchWIZ, directly from the Galaxy Note II. Corresponding to initial rumours, the device will have a 5.5-inch HD Super AMOLED display with a resolution of 1280×720 pixels, a 1.4Ghz quad-core Exynos processor and 2GB RAM, 16-32GB internal storage, 8MP camera, running Android 4.1.1 Jelly Bean. Interestingly, the device will have integrated LTE in addition to an Exynos chip, which means that Samsung could bring the quad-core solution unchanged to North America.