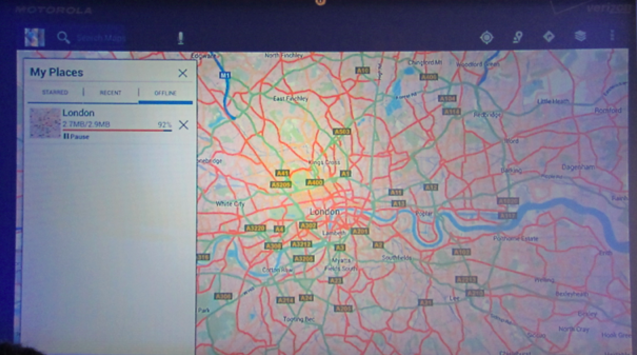 Google has announced that it plans to completely revamp the interface on Google Earth for Android and iOS, with higher-quality 3D images that use “automated technology to extract 3D from aerial images.” This means that Google flies around various cities and takes tight shots of buildings and streets in many passes. Their systems then integrate those photos using an algorithm to get a comprehensive model to browse in a full 3D plain.

While it’s not known when the updates for iOS and Android will be rolled out, Google says the initial release will encompass several cities, with many others to be added by the end of the year. Obviously the data will be backward compatible; if the cities have not yet been updated you’ll see the older, less detailed data sets.

The other announcement, within the 2D dimension, is for Android specifically: offline maps will be coming to Google’s OS as a feature, not just a Labs add-on. This means that you’ll be able to download large swaths of 2D data and cache it offline without limitations. You should be able to save multiple areas, too, so like Nokia Drive we hope to have offline turn-by-turn navigation over time.