Bell launching LTE in Peterborough and Whitehorse on April 13th 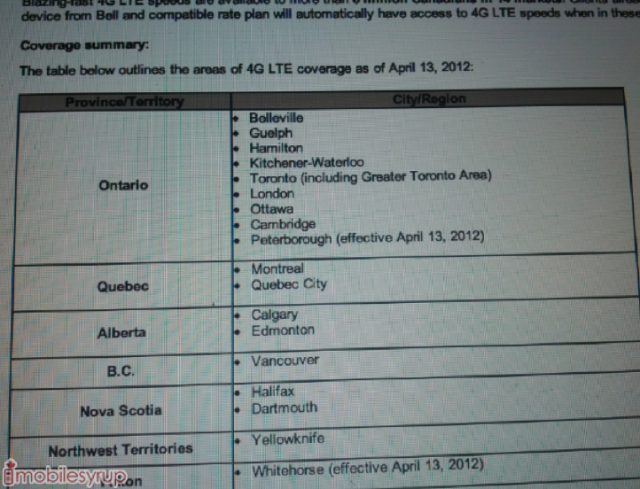 If you a Bell customer, live in Whitehorse or Peterborough, interested in faster data speeds, then you’ll want to mark April 13th (tomorrow) on your calendar. This is when they will be turning on LTE (Long Term Evolution) in the area. We don’t have the live coverage map for you, but Bell does show a “future” coverage of Peterborough on their website. Peak LTE download speeds can reach up to 75Mbps, but Bell notes that the average is between 12-25Mbps (we’ve seen upwards of 30Mbps+).