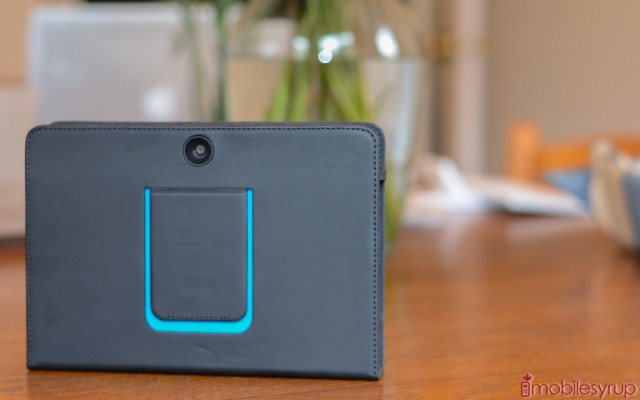 The BlackBerry PlayBook is nothing if not versatile, as evinced by its almost-complete transformation in February with OS 2.0. With that release, it is more like a laptop than ever, with a comprehensive email/calendar/contacts suite as well as updates to DocsToGo.

The official PlayBook Bluetooth Keyboard Case is available for $99 exclusively from The Source in Canada, and while it won’t be replacing my MacBook Air anytime soon, it adds just enough functionality to the business-oriented tablet to be a compelling prospect. While the price may be a bit high for some, considering it, with the tablet itself, costs less than an iPad, you’re getting quite a bit of bang for your buck. 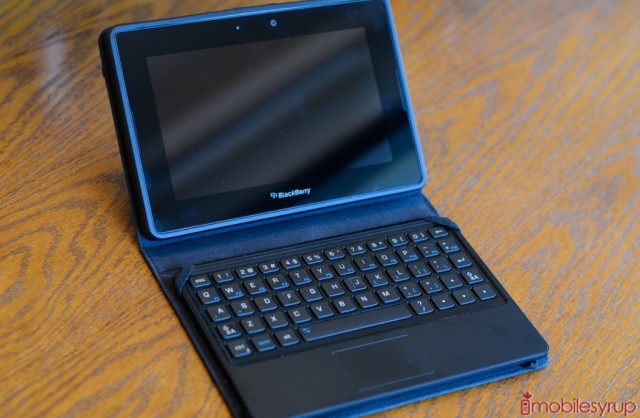 The keyboard itself is a generic Bluetooth Profile device, so it can pair with any compatible tablet or smartphone. I paired it with my iPad and a couple Android tablets and it worked just fine, though there are some PlayBook-specific features, not to mention it is designed to fit, with the tablet, in the included case.

The keys are clicky but a bit soft for my liking, with a distinct lack of travel. This could pose a problem for those who like to touch-type, as it’s difficult to tell whether you’ve pressed the key down enough to move on to the next one. I never felt entirely confident typing this way, and combined with the cramped nature of a 7-inch keyboard, it’s not the fastest experience. 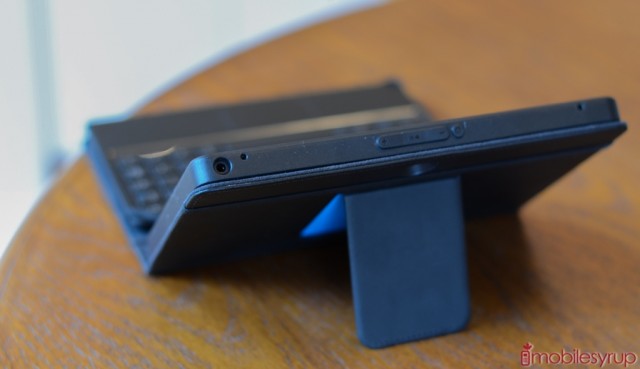 The case itself is propped up in typing mode by a piece of thin cardboard. This is one of the case’s biggest liabilities as, although it is attached to the frame by a piece of stretchable fabric, the entire thing collapses with the slightest nudge, sending the Playbook careening down to the surface with a thud. The tablet is protected well enough within the faux-leather folio, but it’s frustrating to have to right the ship every time I nudge the table.

Inside the case, the PlayBook’s top buttons are encased in a forgiving plastic that makes the flat power button protrude enough to press it. When I say that the PlayBook’s power button was one of the worst in modern history, it wouldn’t be an exaggeration. 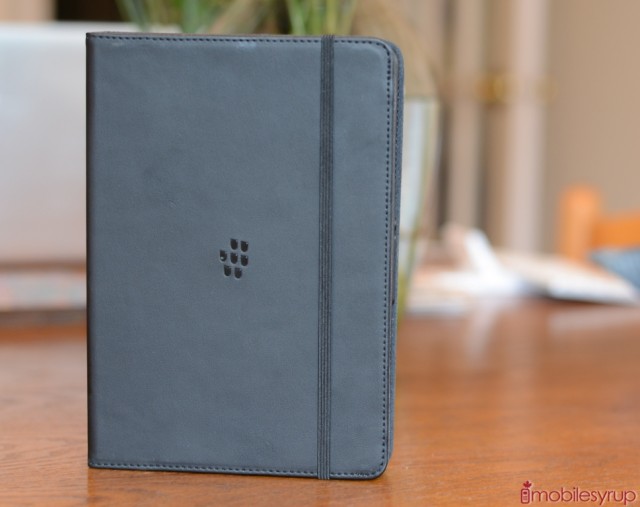 When closed, the combo operates like a folio notebook, with a Moleskin-like piece of fabric that wraps around the hard shell to close everything in. The keyboard itself is removable and can be affixed into the case using similar fabric notches; nothing is entirely secure in this case.

Nevertheless, the case sans keyboard operates as a great prop to type on the virtual keyboard, and due to the hard crease in the plastic itself, works wonderfully when holding the PlayBook with one hand (think the iPad Smart Cover when rolled up on the left side). The extra gripping room is luxurious, but feels awkward with the keyboard installed — you’ll have to take it out first for an optimal experience. 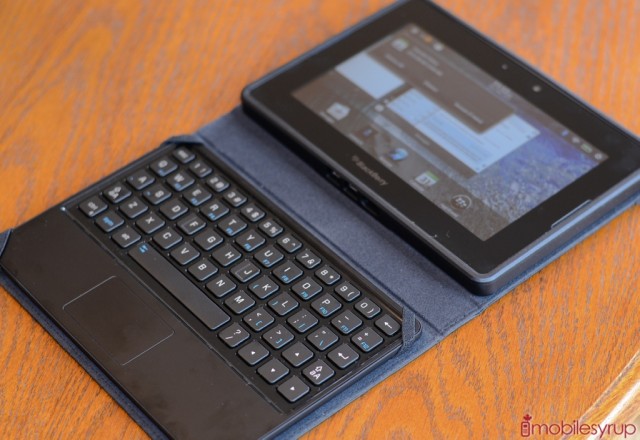 One feature of the keyboard that can’t be overlooked is the trackpad. When paired with the PlayBook, you can use the small trackpad to navigate a mouse cursor around the interface. Rather than imitating a Windows or OS X desktop, the trackpad uses one- or two-finger touches to initiate most functions. Bring the cursor to the left or right edge of the screen, press touch two fingers (for a “right mouse button equivalent”) and it will navigate seamlessly to the next open app in the multitasking list. Do the same at the bottom of the screen to bring up the multitasking list and at the top to activate the app- or system menu. The bottom left corner activates the virtual keyboard and the bottom right corner any notifications.

It’s a pretty good system — scrolling is activated by sliding two fingers up or down — but the mouse sensitivity is atrocious, forcing you to run a marathon with your finger just to get to the other side of the screen. Similarly poor is touch accuracy as the trackpad failed to register nearly a third of my finger presses. Nevertheless, with a software update the trackpad could be dramatically improved. 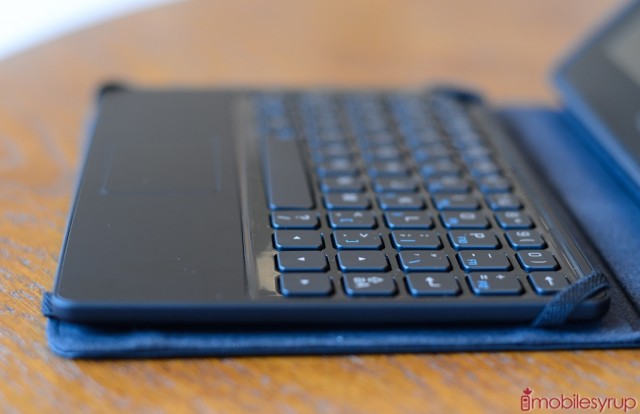 For $99, the PlayBook Bluetooth keyboard case is not cheap, but it’s a good idea to have with you when traveling and out of laptop juice. It won’t substitute for a good laptop — no tablet will, even the iPad — but RIM improved the various productivity apps in OS 2.0 that for basic word processing, spreadsheeting and presenting DocsToGo does as good a job as any other tablet suite. With the keyboard paired, it performed as well as any other Bluetooth keyboard, and never missed any letters (unless my fingers missed the key, which was more often that I would like).

The PlayBook Bluteooth keyboard case is available for $99 exclusively from The Source in Canada.