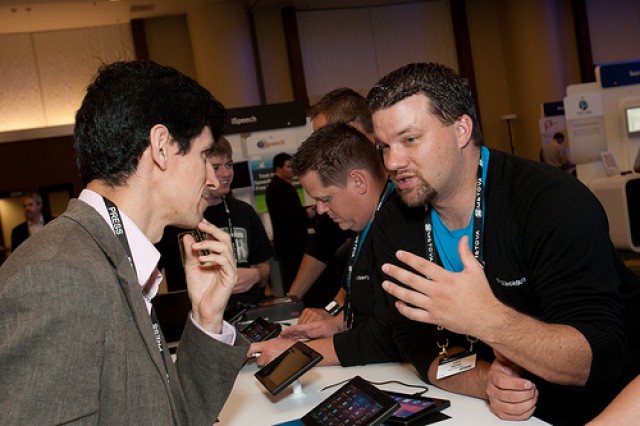 We’ve just received and email and RIM also posted a note on their company blog that developers who attend will go home with a beta version of BlackBerry 10 and also “attendees will receive a limited edition developer prototype device”. RIM made it very clear that the device is not the actual smartphone they will be launching, but will be a “prototype running a modified version of the PlayBook OS which will help developers design their apps for the BlackBerry 10 smartphone form factor. It’s not the final hardware or OS – it’s a device to help developers get started with designing for what’s coming.”

It’s been rumoured that the BlackBerry 10 OS will have a similar layout to the BlackBerry PlayBook OS, have a universal inbox, some re-designed icons and the option of adding “widgets” to the homescreen. Pretty exciting stuff… looks like RIM is about to officially showcase the BlackBerry 10 OS. BlackBerry World is happening  May 1st to 3rd in Orlando.