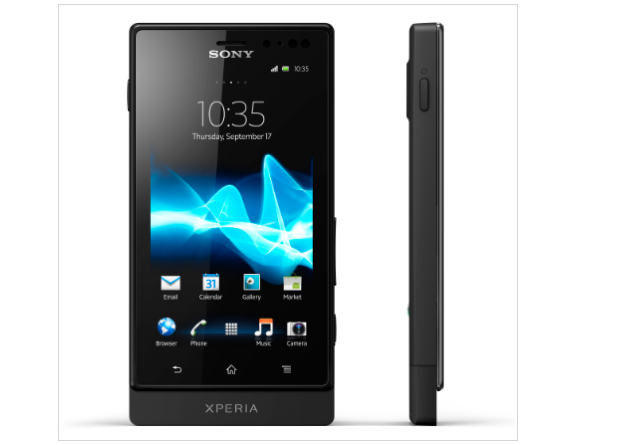 The Sony MT27i “Pepper” has been unofficially known for a few months. Rumours pointed to this new Xperia device being one of the devices that Sony would announce at Mobile World Congress, but that didn’t happen. However, today Sony has officially unveiled their latest Xperia device and called it the “Sola”. You might remember that name because Sony trademarked it a few months ago (see here).

Specs of the Solo have it coming with OS 2.3 Gingerbread (upgradable to ICS), 3.7-inch Reality Display (854 x 480) with Mobile BRAVIA Engine, 1GHz dual-core processor, 8GB internal memory, 5MP camera that records 720p HD videos, WiFi, NFC and a 1320 mAh battery. Probably what is most unique is Sony’s new “floating touch navigation for magic web browsing”. Sony states this “floating touch” feature “lets consumers navigate the web by hovering their finger above the screen so it acts like a moving curser, without actually having to touch the screen. Once the desired link is found it can be highlighted and a simple tap will load the page.”

In a press release Sony stated that the “Xperia sola will be available to consumers globally in black, white and red in the second quarter”. No word on if us Canadians will be getting this device, but it’s hopeful. The Xperia Solo will also have the Xperia SmartTags in the box and it’s estimated that it should be available during the week of April 23rd for about $430.