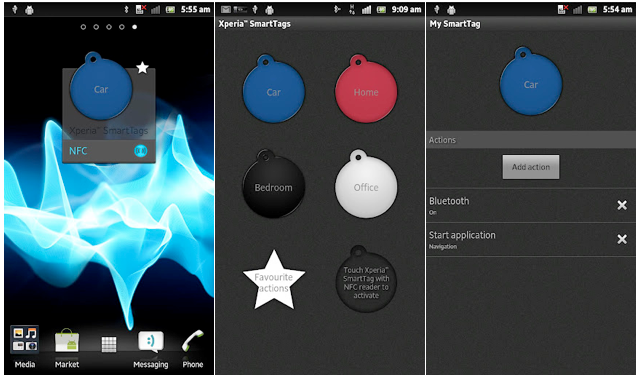 Even more Sony new today as their SmarTags app is now available to download from the Android Market. Right now it’s not terribly useful as you need the actual SmarTag tags and an NFC enabled device, such as the upcoming Xperia S or the Galaxy Nexus. Sony said they’ll be selling the Smartags separately for about $30 for pack of 4 tags (will come in red, blue, black and white). The SmarTag description says it’ll “make living easy” as it gives you the ability to perform various pre-programmed actions a bit faster, such as turning on the lights, turning on Wi-Fi, accessing a specific website etc. We had a hands-on from CES here.

In the meantime of the actual SmarTags becoming available you can download the app via the Android Market – you’ll need and Android with NFC and that has OS 2.3.7 or higher.