The first prototype of Optimus will launch sometime later this year, and we'd expect it to be on Tesla's AI day on September 30th 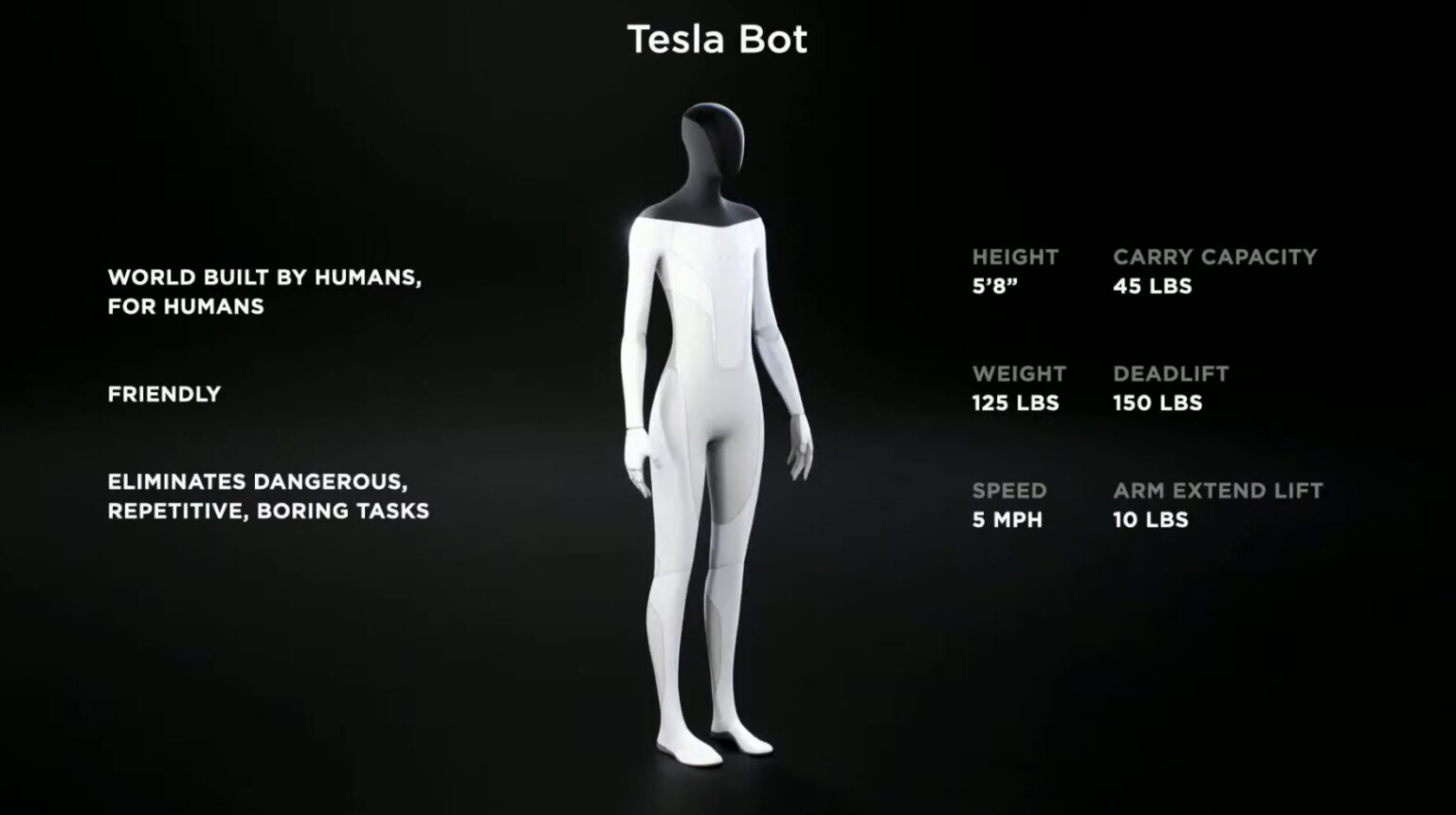 Elon Musk has made it clear that Tesla’s eventual Tesla Bot will eliminate the need for humans to do physical work. The robot, called Optimus, was revealed during Tesla’s 2021 AI day, and now Musk is sharing more information about it.

As reported by Electrek, Musk sees the humanoid robot rolling out widely over the next decade, he wrote in a column in the Cyberspace Administration of China’s official publication titled “Believing in technology for a better future,” translated here.

Musk talks about how all of his endeavours, including Tesla, SpaceX and Neuralink and that they were all “founded with the ultimate goal of enhancing the future of human life and creating as much practical value for the world as possible.” “Tesla to accelerate the world’s transition to sustainable energy, Neuralink for medical rehabilitation, SpaceX for making interstellar connections possible.”

Musk also talks about sustainable energy and our transition to it, batteries, and most importantly, humanoid robots. “The Tesla Bot is close to the height and weight of an adult, can carry or pick up heavy objects, walk fast in small steps, and the screen on its face is an interactive interface for communication with people,” wrote Musk. “You may wonder why we designed this robot with legs. Because human society is based on the interaction of a bipedal humanoid with two arms and ten fingers. So if we want a robot to adapt to its environment and be able to do what humans do, it has to be roughly the same size, shape, and capabilities as a human.”

According to Musk, the Tesla robots are positioned to replace humans doing dangerous, repetitive or boring work, including tasks like cooking, mowing lawns, and caring for the elderly.

He went on to confirm that the first prototype of Optimus will launch sometime later this year, and we’d expect it to be on Tesla’s AI day on September 30th. As production for these robots scale up, the robots’ intelligence and usefulness will too, while the cost of manufacturing them will decrease. “In the future, a home robot may be cheaper than a car. Perhaps in less than a decade, people will be able to buy a robot for their parents as a birthday gift,” wrote Musk.