What to stream in Canada after Apple TV+’s Severance 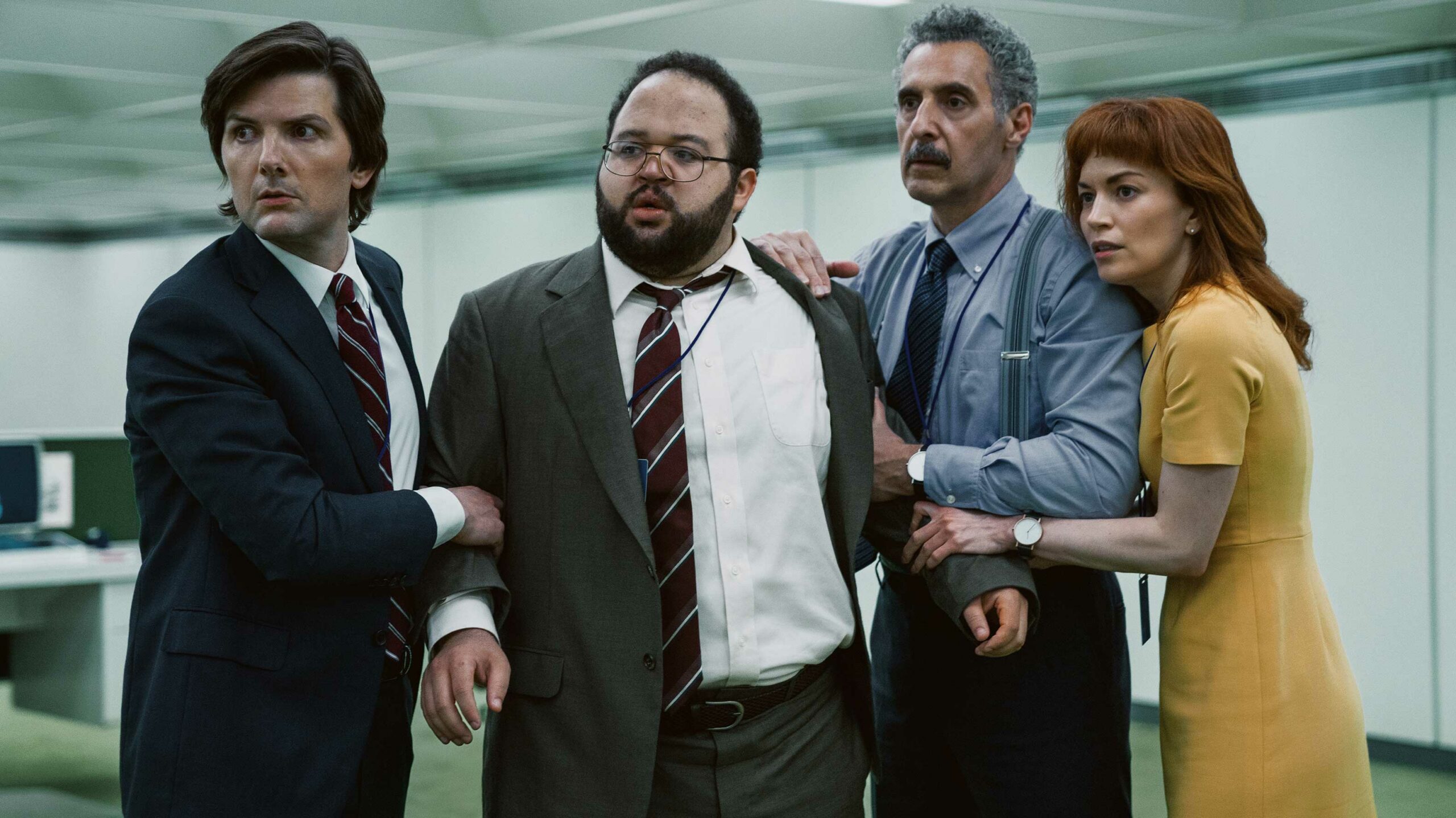 One of the surprise TV hits of the year is Severance.

The Apple TV+ sci-fi thriller series has received rave reviews for its gripping mystery-filled story about people who undergo a procedure to separate their work and personal memories for a shady corporation.

If you’re like me and have devoured the show since its finale earlier this month, you might be looking for something to fill the void until the now-confirmed second season. With that in mind, we’ve rounded up 10 shows and movies that are similar to Severance, be it through story, themes or general vibes. As you’ll notice, many of these feature sci-fi concepts and/or people rebelling against morally corrupt companies, just like Severance.

Without further ado, here are eight shows (and two movies) to watch after Severance.

When people talk about “cautionary media tales about technology,” Black Mirror is pretty much the go-to modern example. Outside of a few exceptions, the Charlie Brooker-created series has quite the bleak outlook on both current and hypothetical sinister uses of technology. On the whole, it’s darker than Severance, although it does explore different genres through a sci-fi lens, including romance (“San Junipero”), horror (“Playtest”) and black comedy (“National Anthem”). Best of all, each episode is standalone, so you can dip your feet into whichever sounds most appealing.

Stream Black Mirror on Netflix. It’s also worth noting that a standalone film, Black Mirror: Bandersnatch, is also available on Netflix. Unlike the Black Mirror episodes, though, it’s an interactive “choose-your-own-adventure” experience.

While this list is mostly focused on shows, we’re including a couple of movies based on cited influences by Severance creator Dan Erickson.

Set in a dystopian society, Terry Gilliam’s Brazil follows a bureaucrat who becomes the enemy of the state when he pursues the woman of his dreams. Jonathan Pryce, Kim Griest, Robert De Niro, Katherine Helmond and Ian Holm star.

Unfortunately, Brazil isn’t currently on a streaming service. You can, however, rent it on premium video on demand (PVOD) platforms like iTunes and Google Play for $4.99 CAD.

This show is probably the closest 1:1 comparison to Severance, in that it’s a conspiracy-ridden sci-fi thriller that follows a software engineer investigating the death of her boyfriend at a shady tech company.

Another show, another mysterious company. This anthology series follows an unconventional wellness company and its ‘Homecoming Initiative,’ which helps soldiers re-transition into civilian life.

Hazel escapes from a toxic marriage with tech billionaire Byron Gogol, only to discover that her husband is tracking her through a chip he implanted in her head.

Stream Made For Love (Season 1) on Amazon Prime Video. The second season of the show is premiering in the U.S. on HBO Max on April 28th, but Prime Video Canada isn’t getting it until May 20th.

Notably, Patrick Somerville, who was the showrunner of Made For Love, created this miniseries, which was itself based on one from Norway. No Time to Die director Cary Joji Fukunaga also helmed every episode of Maniac.

A mentally ill cybersecurity engineer joins a hacktivist group targeting the largest conglomerate in the world (See a pattern here?).

Here’s another film that Erickson has said influenced Severance, and it’s easy to see how. The Peter Weir-directed film follows a man (Newmarket, Ontario’s own Jim Carrey) who discovers that his seemingly ordinary life was actually a reality TV show.

Unfortunately, like Brazil, The Truman Show isn’t actually on a streaming service at the moment. Instead, you can rent it on PVOD platforms like Google Play ($3.99) and iTunes ($4.99).

After dying prematurely, a computer engineering grad gets “uploaded” into a virtual afterlife and must adjust to the pros and cons of his new existence.

The Office‘s Greg Daniels created the series, which gives you an idea of the tone (i.e. it’s not dark like Severance). Notably, Upload stars Toronto’s own Robbie Amell and was also filmed in Vancouver.

Honourable mentions: This is focused on streaming, but we’ll also quickly shout out some video games. Erickson has publicly noted that The Stanley Parable — a first-person narrative PC game about a worker in an office building that’s getting a new release on consoles — influenced Severance. As well, Remedy’s third-person shooter Control — a mind-bending adventure set in an eerie bureau — has some strong visual and thematic ties to Apple’s show.

Are you also obsessed with Severance? Which of these shows and movies do you like or, alternatively, are considering watching for the first time? Let us know in the comments.