If it comes down to a one-on-one, the world's richest man likely doesn't stand a chance against the former KGB lieutenant colonel 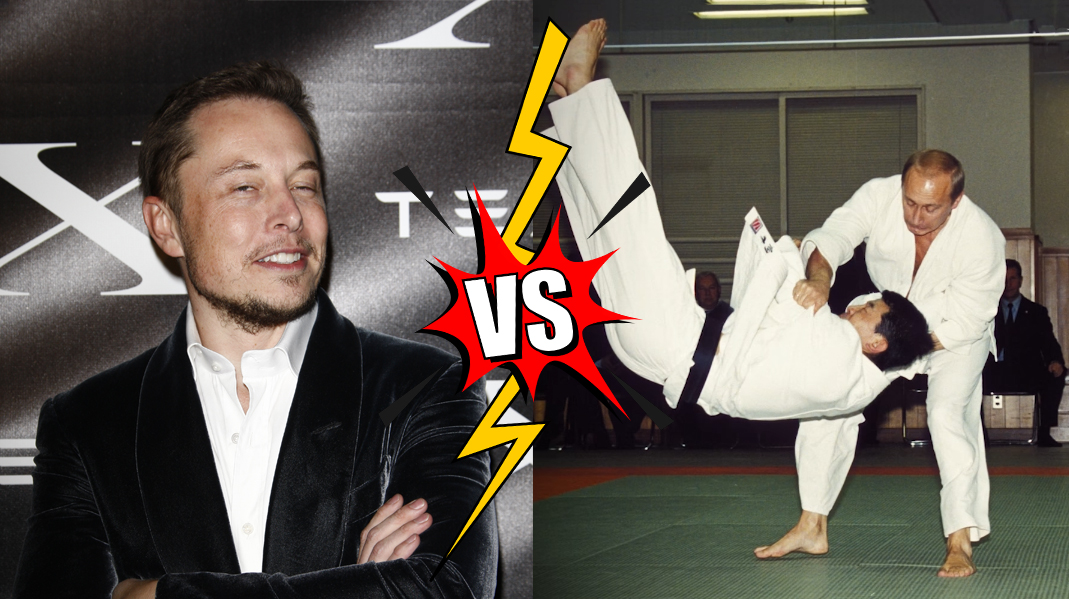 Tesla and SpaceX CEO Elon Musk has challenged Russian President Vladimir Putin to a “single combat,” and the stakes are tied to the conflict Ukraine. That’s enough internet for today.

Musk announced the banter challenge via his Twitter, and even tagged the Kremlin’s official English account. However, Putin is unlikely to see the Tweet since he’s banned the platform in Russia.

Musk, 50, has some experience in Karate, Taekwondo, Judo and Brazilian Jiu-Jitsu, but isn’t likely a match for Putin. The 69-year-old is a 9th Dan black belt in Taekwondo (or at least, he was until recently when the honorary title was revoked) and a former lieutenant colonel at KGB (Komitet Gosudarstvennoy Bezopasnosti).

It has become evident that Musk condemns the illegal invasion of Ukraine by the hands of Russia. He recently sent over several Starlink terminals to help keep the country stay connected to the rest of the world and has been vocal about the conflict on his Twitter.