MPs questioned executives at the Standing Committee on Canadian Heritage 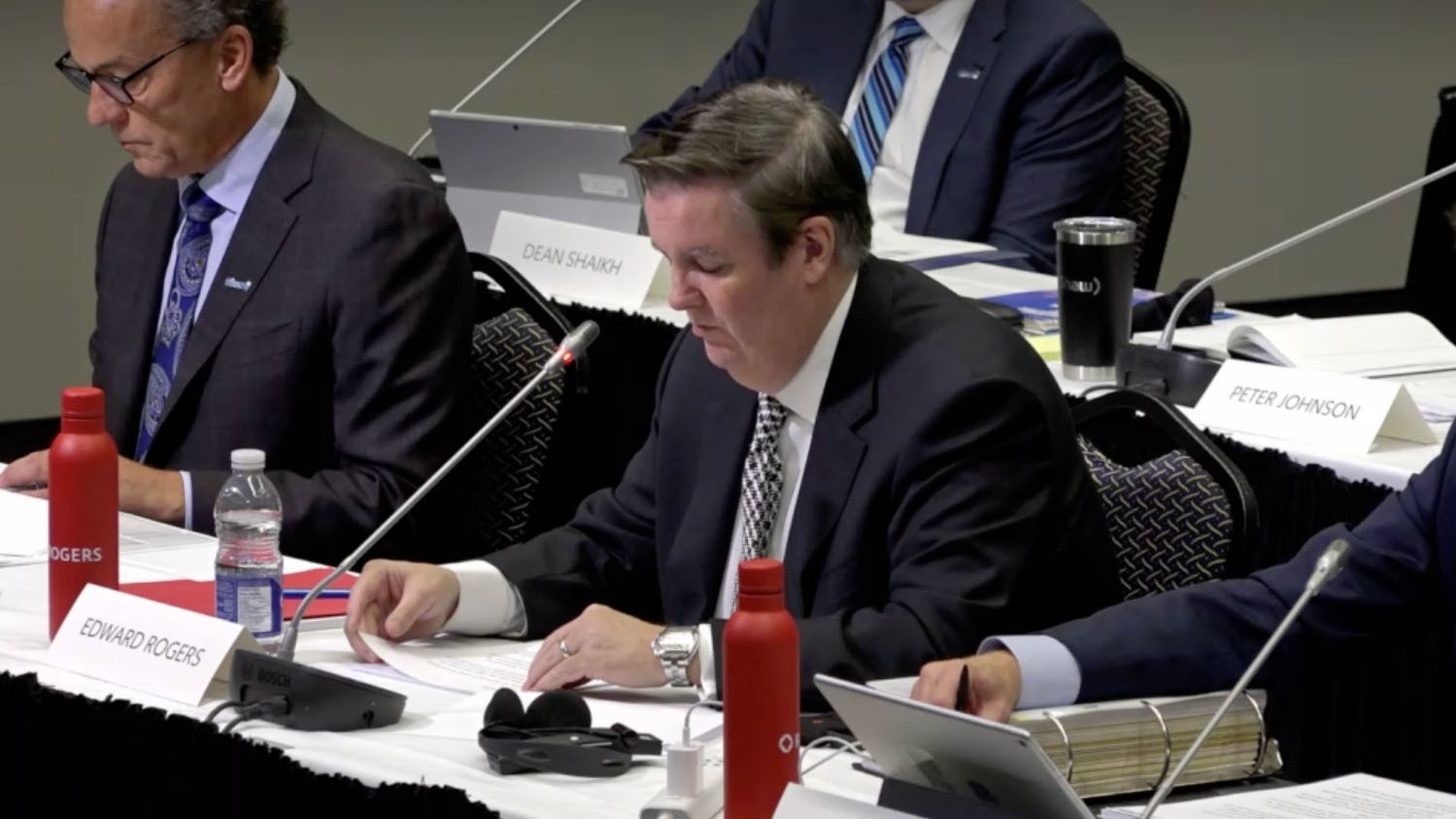 Members of Parliament (MPs) questioned Rogers executives once again about the impact the Rogers-Shaw merger would have on local news at the Standing Committee on Canadian Heritage on March 2nd.

It’s a topic local news representatives were vocal about during the only public hearing into the matter.

Previously, the Canadian Radio-television and Telecommunications Commission (CRTC) held a week-long hearing in November. There, representatives from Unifor asked the CRTC to consider the impact the merger would have on employment and local news.

This largely stems from Rogers’ plan to redirect funding Shaw provided to Global News towards City TV stations, which it owns. Shaw pays Global about $13 million a year.

At the March committee meeting, MP Kevin Waugh said Rogers claims to put “a lot of money” towards local news but is “cherry-picking” the markets in larger cities and not in smaller communities.

Colette Watson, president of Rogers Sports & Media, said Global News has regulatory obligations to provide content in many markets, and that won’t change post-transaction. Global has a news budget of $121 million a year, $100 million more than the budget for City TV.

In her opening remarks, Watson said the only thing that the merger will change is where Global gets funding for news.

“The long-term viability of local news is indeed in question. But this transaction is not responsible for that reality,” she said.

Rogers will add an Indigenous component and 23 more reporters, along with two reporters to the parliamentary bureau from Western Canada, Watson said.

MP Lisa Hepfner, a former journalist, questioned how Rogers could be so sure the merger won’t impact local news, saying it’s a claim often made before mergers. “We’re reassured before the transaction that local news won’t be affected. Then a couple of months later, a whole bunch of stations get shut down and journalists get laid off,” she said.

When Global’s parent company Corus becomes independent, it will have to look to fill the $13 million gap from the Independent Local News Fund (ILNF). Global partaking in the fund will impact smaller stations, Hepfner said, as their share of funds will decrease. “So smaller markets, again, are going to be affected because the big players are taking the money meant for local journalism.”

Watson said there is no way of knowing how Global used the $13 million to create incremental news because there were no parameters put around how the money was spent. “What we’re saying is we’ll take the $13 million and prove to you how we’ll spend it.”

Pamela Dinsmore, vice-president, regulatory cable at Rogers, said the company does acknowledge Global will be eligible for the fund once the merger goes through, but the issue at hand is more significant than the Rogers-Shaw merger. Dinsmore said the CRTC should review if the structure of the fund should change.

The CRTC, the Competition Bureau, and the Ministry of Innovation, Science and Economic Development are required to approve the transaction.