Distracted driving during a snowstorm is a very bad idea 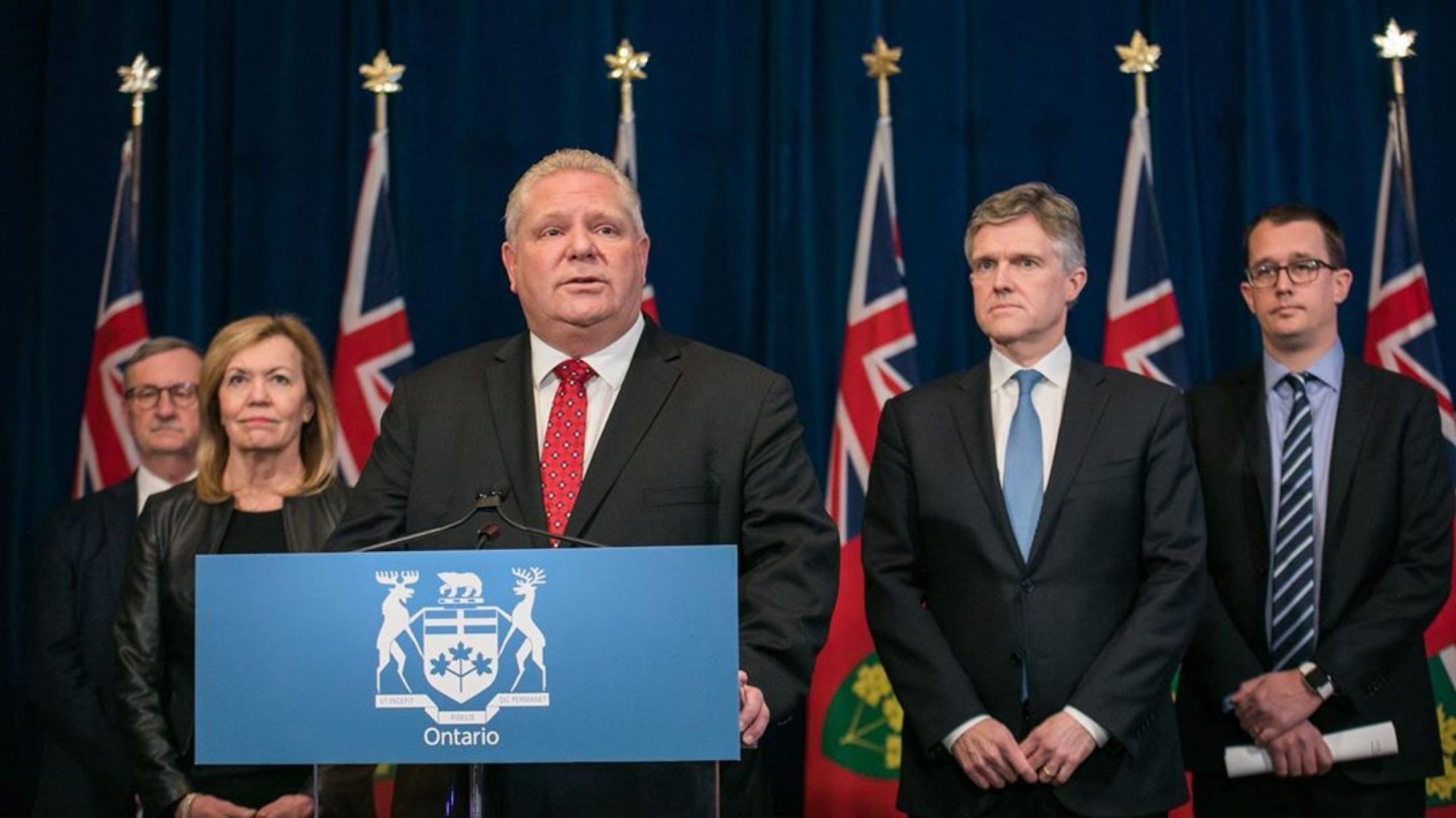 During a recent live CP24 segment focused on the ongoing snowstorm in the Greater Toronto Area (GTA), Ford video called in to the television station while driving his vehicle. Though it’s somewhat common for busy politicians to call into television stations from parked cars for interviews, Ford did this segment while his vehicle was still in motion.

In the province of Ontario, distracted driving is considered the following:

In the video, Ford, who seems to have his smartphone placed in the centre console of his vehicle, repeatedly glances down at the device while speaking to CP24‘s George Lagogianes, dividing his attention between the television segment and operating his car.

While taking a phone call from your moving vehicle is legal, video calls fall under the “watching a video” portion of Ontario’s distracted driving laws.

Premier Doug Ford is driving his vehicle while doing a FaceTime with CP24.

You’d think the Premier would know some of the distracting driving laws… pic.twitter.com/htT3FXYCuE

If you can, please stay home and off the roadways. Today’s snowfall has caused lots of challenges for commuting. ^CdK

During the PR press release-like interview, Ford says that he’s “picking people up, checking on people; like everyone else, helping out,” before rolling down his window and ensuring a stranded vehicle is empty, all while live on the air. After it was clear the Premier was doing the interview while on the road, the 24-hour news station cut the video feed on Ford’s smartphone.

Ford’s office also provided images of the Premier helping Toronto residents during the snowstorm to several publications and television stations.

CP24 is interviewing Doug Ford LIVE on TV while he's BEHIND THE WHEEL DRIVING in dangerous weather.
When it was clear that he's using a phone while driving, they cut his video. JFC #onpoli #ONStorm pic.twitter.com/zJATrwuftQ

On another note, it seems that Ford has moved on from his BB10-powered BlackBerry Classic to a more modern smartphone, which makes sense since the Canadian tech giant’s BB10 and below devices can no longer connect carriers. It’s unclear if Ford has shifted to Android or iOS, but given that CP24 typically utilizes Apple’s FaceTime video call platform for interviews, Ford is likely using an iPhone.