Inadvertently, a lot of my favourite things are cameras 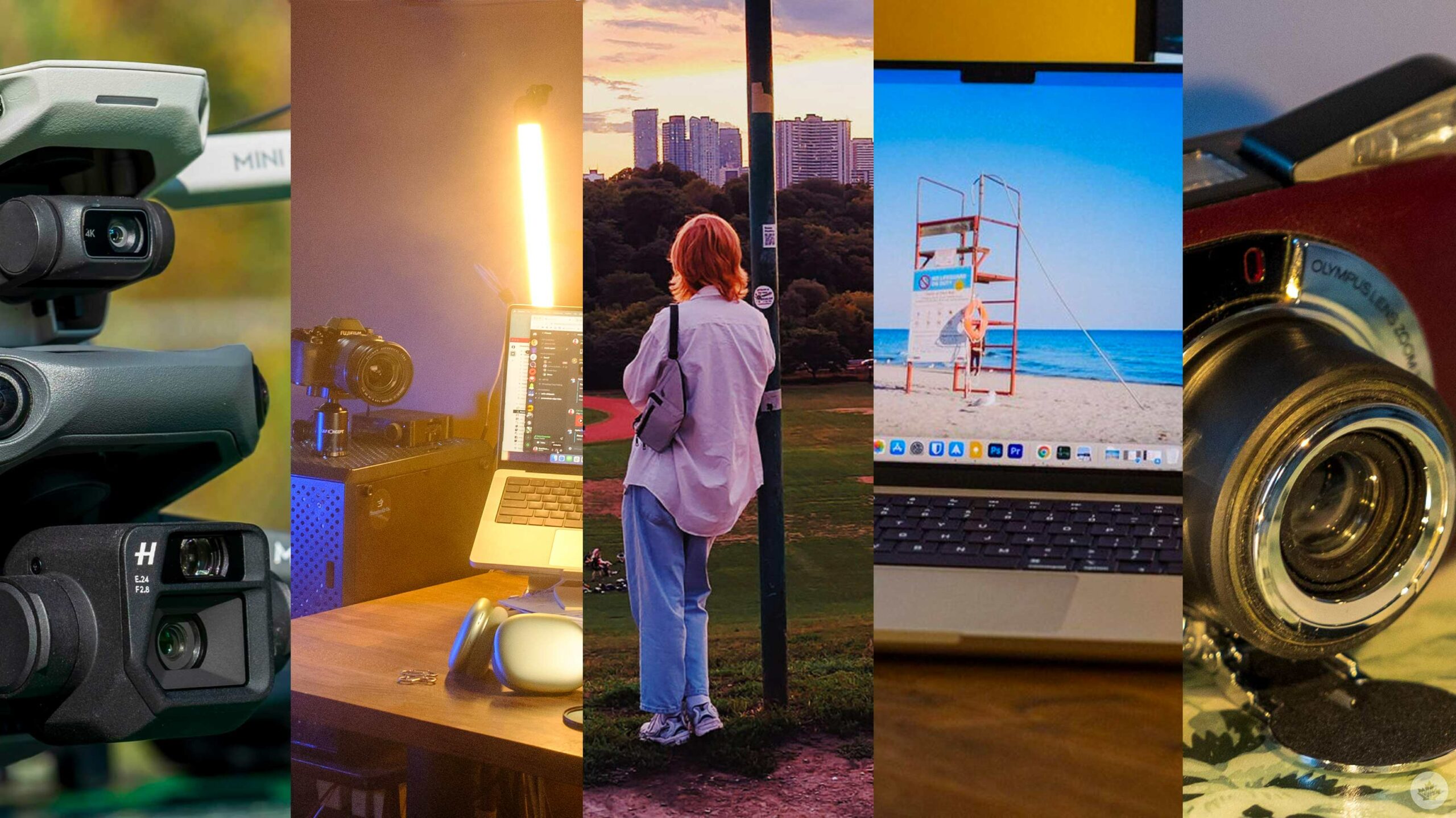 Happy Holidays everyone, and I hope 2022 is great for all of us! I also wanted to say thanks for reading MobileSyrup and my content <3.

A ton of great gear was release this year, and I got to test out a lot of it. Honourable mentions definitely go to the iPad mini and the OnePlus Buds Pro. I’d also be remiss not to mention my ongoing saga of jacket tests. And finally, I spent some time with several cool cars this year, so shout out to the Polestar 2, the Hyundai Ioniq 5 and the Taycan again.

Without further ado, these are my favourite things from 2021:

Saw a Taycan last night and all I had was a point and shoot film camera. As much as I curse the flash going on by default, I thanked god after this one pic.twitter.com/elx4Y4pfyM

Near the end of the summer, my girlfriend Alex and I started dipping our toes into the world of film photography. Alex got a pretty sweet manual Pentax SLR, and I purchased a Canon point and shoot that also uses 35mm film.

Since then, I’ve acquired quite a few point-and-shoot cameras, and it’s been fun to have a small camera with me all the time that’s not my smartphone. I plan to get an SLR someday, but for now, learning the weird nuances of film photography has been fun. For instance, the Canon camera features an odd extended exposure mode that automatically activates when you turn on the timer and leave it on a flat surface untouched.

When you start to get into photography, there’s a lot to learn, and it’s often difficult to grasp all of the advice and techniques that people offer. Well, a few years later than I’d like, I finally started buying lights and stepping up my photography in that department, and it’s been a game-changer. More lamps, more studio lights and more RGB have all amounted to me taking better pictures in darker locations because I don’t need to rely on the ambient lighting in a room as much.

Finding different ways to light people for videos has been incredibly fun. Looking back through the podcast episodes on YouTube, you can see how my understanding of lighting and framing has evolved over the year. I’m not a pro yet and still have a ton of learning to do, but my appreciation of good lighting grows every day.

Finally got my replacement MacBook 😍Hope everyone else is having a great Friday! pic.twitter.com/bh3fB1QLgT

When the pandemic started, I was using a base model 2016 MacBook Pro. However, since it looked like we would be working from home for at least the next year, I decided to build a PC and invest in it instead of a laptop. Because of this, I haven’t had a competent laptop for the last few years. Sure I could blog like a pro on that machine, but photo and video editing was impossibly slow, and the battery didn’t last very long anymore.

When Apple launched its M1 machines, I almost purchased one immediately, but I decided to wait. I had a feeling that Apple would redesign the machines to go along with the new chips soon enough. So when the new 14-inch MacBook Pro dropped, I decided to go for it. My first unit (10-core 14-inch base model) wasn’t powerful enough or glitched and didn’t work well at all. My replacement has more RAM and storage, and it’s been a lot better.

So far, the standout features of it to me are the SD card slot, the super colourful screen and the speakers. macOS could do a few things to catch up to Windows 11, but I’m happy to be back in the Mac world for now.

This has been my favorite project in a while. If you’re board today go out and shoot some ultra wides!!https://t.co/LgwL4RwLnu

OnePlus has let me down this year — there’s no doubt about it. The company’s smartphones have been very buggy, and the move over to ColorOS and Android 12 has been choppy and embarrassing.

Still, I pick up my OnePlus 9 Pro all the time now since it has an excellent XPan camera mode. You can read more about it here, but the gist is that it takes an extensive photo that looks more like a movie frame than a regular square photo. Hasselblad also developed a slightly tweaked colour science for XPan mode that is richer and warmer to me than the regular photos, so they look great without editing.

Hopefully, OnePlus can solve its software bugs moving forwards, and the next phone also has XPan mode.

My latest review is up on MobileSyrup now! It's all about the best drone you can buy this holiday season https://t.co/sg91LZwx7H

Drone laws are a bit of a pain in Canada, but anyone can fly with a bit of practice. Also, DJI’s Mini 2 is under the legal weight limit and doesn’t require a license in Canada. I’m hoping to have more drone coverage on the site in 2022!