A lickable TV display prototype has been developed by Japanese scientist

‘Taste the TV’ is exactly what it sounds like, for better or worse 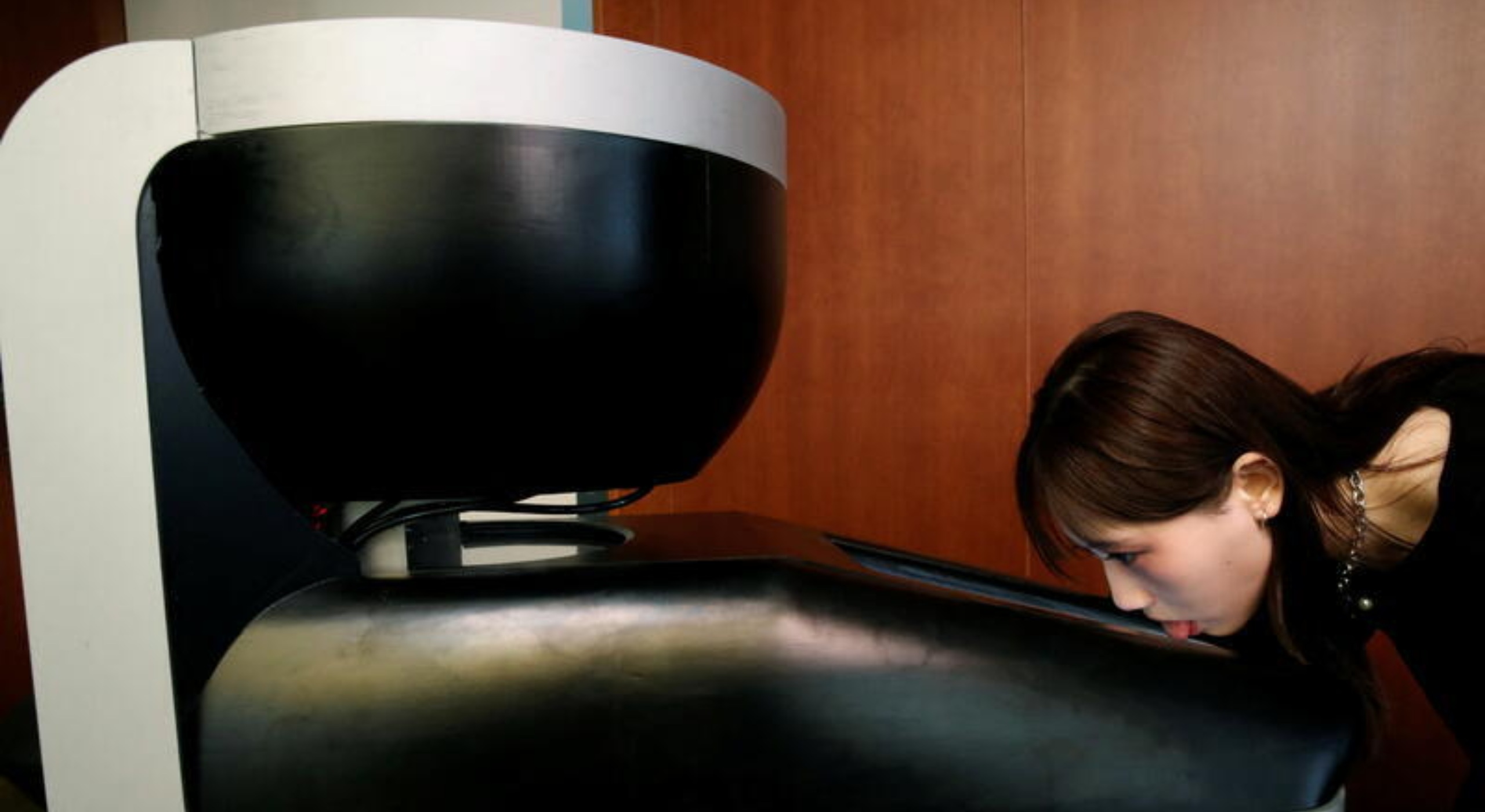 A Japanese scientist has developed a prototype of a lickable TV screen he dubbs ‘Taste the TV” or TTTV. According to Reuters, Homei Miyashita hopes to put a brand new spin on the concept of consuming content.

TTTV is said to be a multi-sensory viewing experience that is made possible with the use of a carousel of canisters. Using 10 flavour canisters, combinations are then rolled onto a hygienic film over a flat TV screen. The viewer then can taste a sample of a particular food and test their pallet.

“In the COVID-19 era, this kind of technology can enhance the way people connect and interact with the outside world,” Miyashita said. “The goal is to make it possible for people to have the experience of something like eating at a restaurant on the other side of the world, even while staying at home.”

A Japanese professor has developed a prototype lickable TV screen that can imitate food flavors, another step towards creating a multi-sensory viewing experience https://t.co/HeQzgsyInX 1/5 pic.twitter.com/01yXOqCMCy

Miyashita is a Meiji University professor. He works with a team of roughly 30 students that have developed a series of flavour-related devices. However, the TTTV prototype was built by himself over the past year. Miyashita has said a commercial version of his device would cost 100,000 yen or around $1120 CAD.

On top of the prototype, Miyashita has been gaining the attention of other companies. Some have approached him for the use of the spray technology the TTTV utilizes. Discussions have been made about a device that can imprint the taste of pizza or other foods to a slice of bread.

After a tumultuous two years dealing with COVID-19, talking about licking anything immediately raises red flags for me. However, Miyashita does raise a point. There are benefits of being able to taste diverse foods from the comfort of your own home.