iFixit gives the MacBook Pro a repair score of 4/10 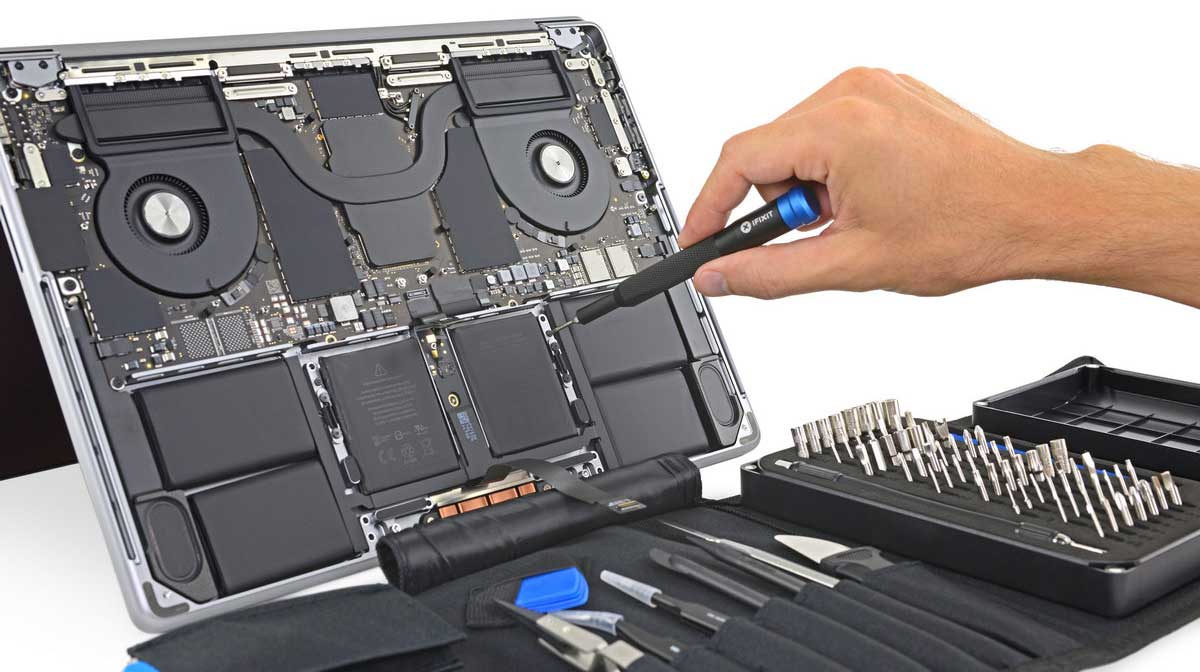 Recently, we reported (via iFixit) that Apple’s new 14-inch and 16-inch MacBook Pro feature a repair-friendly internal design with small pull tabs on the batteries to make them easier to remove. Now, iFixit has released complete results of the MacBook teardown, including a repairability score.

Since Apple no longer glues the batteries in place and instead uses sticky pull tabs, it’s simpler to get into the machine and begin the repair process. However, to get to the battery, you’ll first have to disassemble the trackpad.

The logic board removal is also said to be easier than on prior versions. On the flip side, iFixit’s teardown also reveals several repairability issues, including pentalobe screws causing trouble just opening the casing. Further, there is no way to replace the display without losing True Tone and no way to replace Touch ID without losing its functionality.

The three USB-C ports, the MagSafe port, and the headphone jack are all modular for easy repairs; however, the HDMI port and SD card slot are soldered into the logic board. Memory and storage are also built-in and cannot be replaced by the user.

Because of the use of pentalobe screws, the difficulty of removing the top cover, and replaceability challenges with parts like the fingerprint sensor and the display, iFixit gives the MacBook Pro a repair score of 4/10.

It notes that no service manual or replacement parts are available from Apple. On the bright side, the report says, “this design represents a major move in the right direction,” and that future MacBooks might be easier to repair.