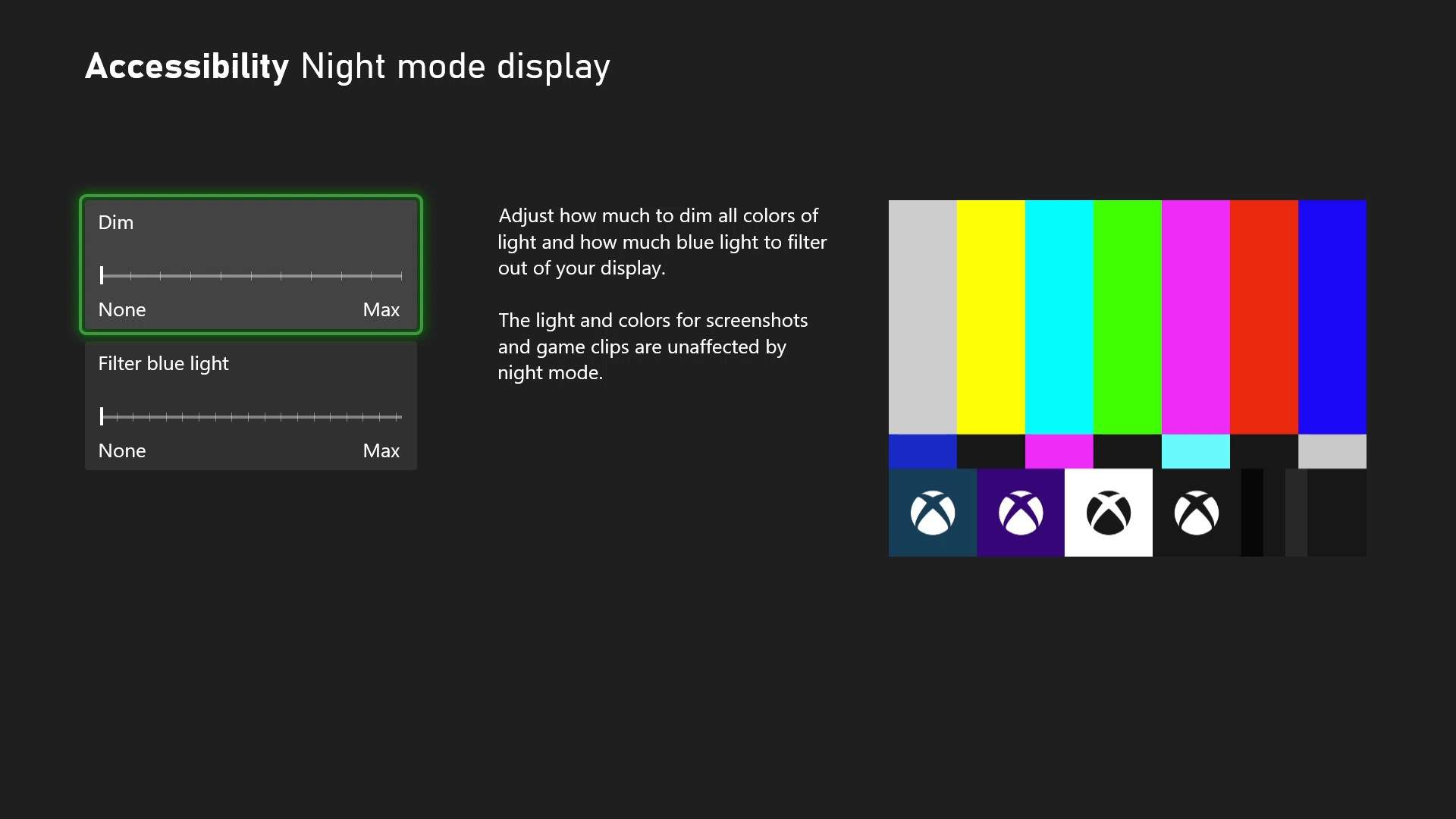 The October system update for Xbox consoles has begun to roll out.

As detailed in an Xbox blog post, the update adds features like a 4K dashboard, a night mode, and new Quick Settings. Keep reading for a more detailed breakdown:

To start, Xbox Series X owners can take advantage of a dashboard that now outputs in native 4K resolution; previously, they only upscaled from 1080p to 4K.

Provided that you have a 4K display, you’ll be able to see this change reflected on Home, My Games & Apps, Guide, and many other places. Xbox says UI elements like game art and buttons will also “have increased sharpness and improved text readability.”

Next up is Night Mode, a suite of settings that adjusts light sources for those playing in the evening or are just generally sensitive to light. Xbox says lights can be dimmed for your connected display, the power button on your controller and even the light on the console. This is available on all Xbox consoles, but Series X and S owners also get an exclusive customizable blue light filter.

Xbox notes that these changes will apply across your Xbox system, games and apps, although they do “not impact performance, screenshots or game clips.”

What’s more, there’s also the option to create a night mode schedule so these changes will be automatically toggled depending on a given time. You can manually toggle this at any time and choose to have it apply at sunrise/sunset or based on a custom time.

With the new Quick Settings menu in the Xbox Guide, you can now quickly toggle accessibility features without leaving your game or app. This menu will let you easily switch features on or off. Xbox says these changes will only apply to the particular active user profile, so families who share a console can still have their experiences tailored the way they like.

Those who want to test future Xbox updates before they go live can check out the company’s Insider program.

In other Xbox news, the company recently outlined more of its plans for the holidays, including a 20th-anniversary celebration, as well as the next batch of new Game Pass titles.