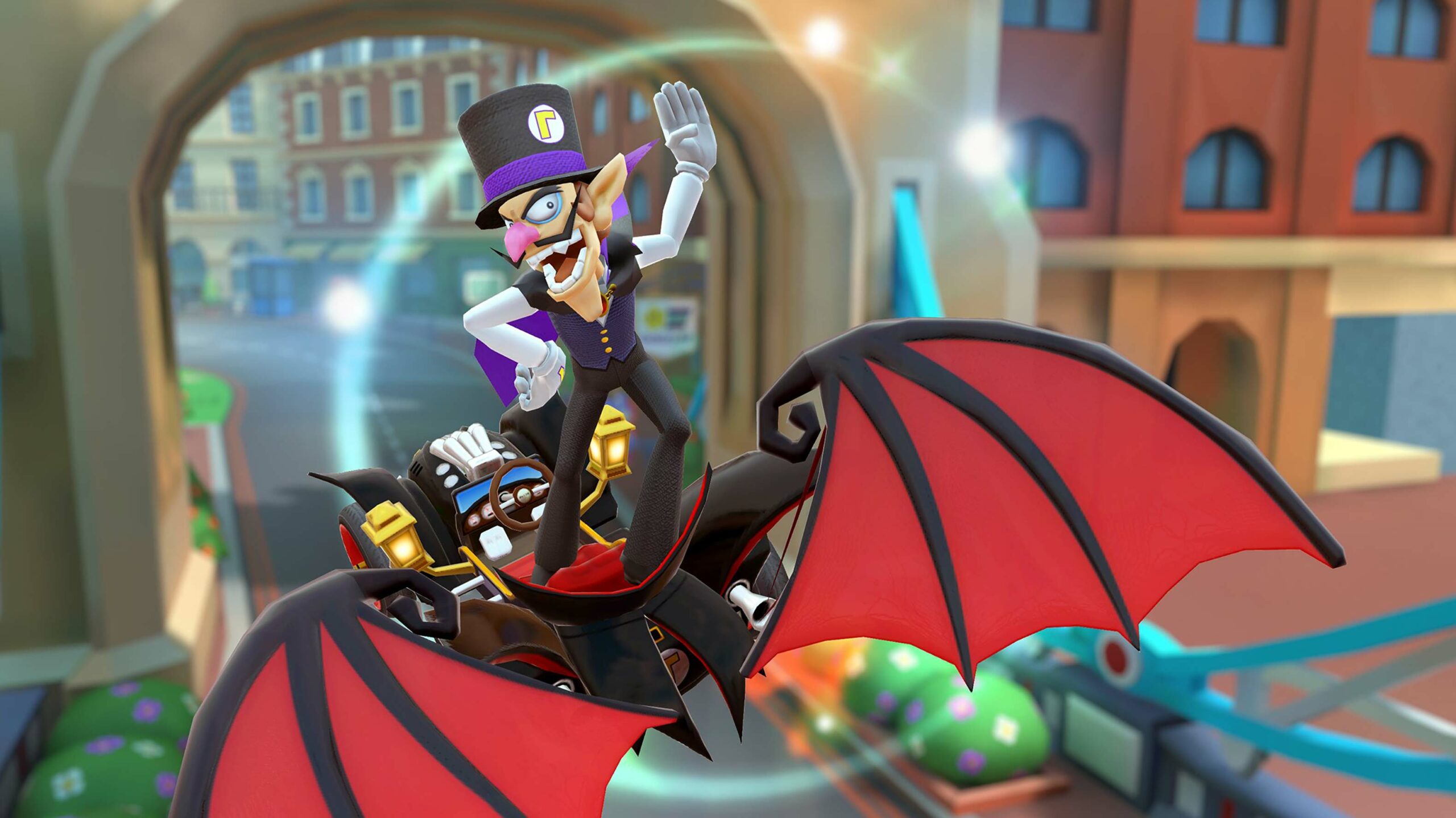 If you’re sad about Waluigi not getting into Super Smash Bros. Ultimate, you might want to play Mario Kart Tour.

The Nintendo mobile game has received a free Halloween update that gives the goofy Luigi arch-rival a vampire-themed top hat, cape and kart.

The Halloween Tour is on now in #MarioKartTour! Waluigi (Vampire) makes his debut, riding the new Vampire Flyer kart in style! This fashionable vampire is clad in a top hat and cape, and he's ready to ride through the streets of London! pic.twitter.com/RMLRAB1h8F

Waluigi (Vampire) comes alongside the Halloween Tour event, which runs from October 19th until November 3rd. This tour will have you race through London — see more below:

The Autumn Tour is wrapping up in #MarioKartTour. But don't get too comfortable just yet—next up is the Halloween Tour, which will have you racing through London! pic.twitter.com/ElxtVoHHqw

Mario Kart Tour is available to download for free on Android and iOS.

And if that wasn’t enough Waluigi for you, he’s also appearing in Mario Party Superstars, the next entry in the popular Mario party game series. The game will release exclusively on the Nintendo Switch on October 29th.