These chargers are level 3 and placed every 100kms 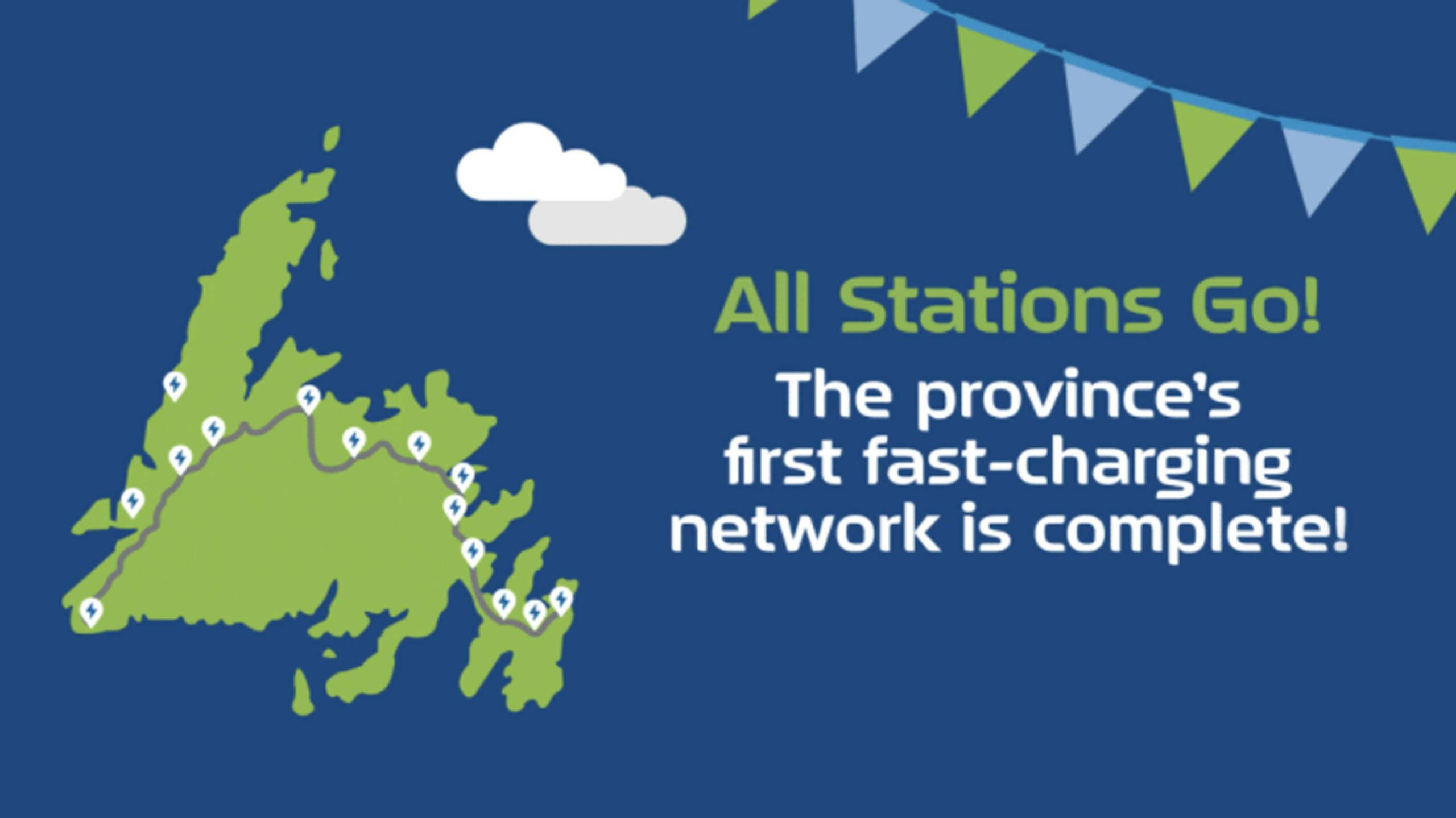 If you live in Canada’s eastern-most province, you’ll be happy to know that you can now drive an electric vehicle (EV) from one end to the other without needing to worry about charging.

The 14 new Level-3 stations come from Newfoundland Hydro, though they’re on the lower end of this tier of charging with only a 62.5Kw rating. ChargePoint’s app says that this provides EVs with roughly 302km of ranger per hour of charge. It’s also worth noting that there’s a station every 100kms, and it should cost around $15 to top up your car.

While there’s no denying that this is a huge leap forward for Newfoundland and Labrador, these aren’t the ultra-fast charging speeds we’d hope to see from a new charging network. For instance, some Electrify Canada chargers can push 350Kw for a much faster charge.

That said, this network was announced back in October of 2019 and as a result should be looked at through an older lens. Further, since the drive from  St. John’s to Port aux Basques is around 900km, drivers will only need to stop a few times to make it from one end of the island to the other in an EV. Newfoundland Hydro also says that it has plans to add 19 more chargers across the province in the future.

Overall, this goes a long way towards making Canada more EV-friendly and should help make it easier for people living in Newfoundland and Labrador to use an EV without worrying about charging. EV buyers in the province qualify for a $5,000 federal rebate and will soon be able to also get $2,500 off from the provincial government.