Jobs' business card was also up for grabs 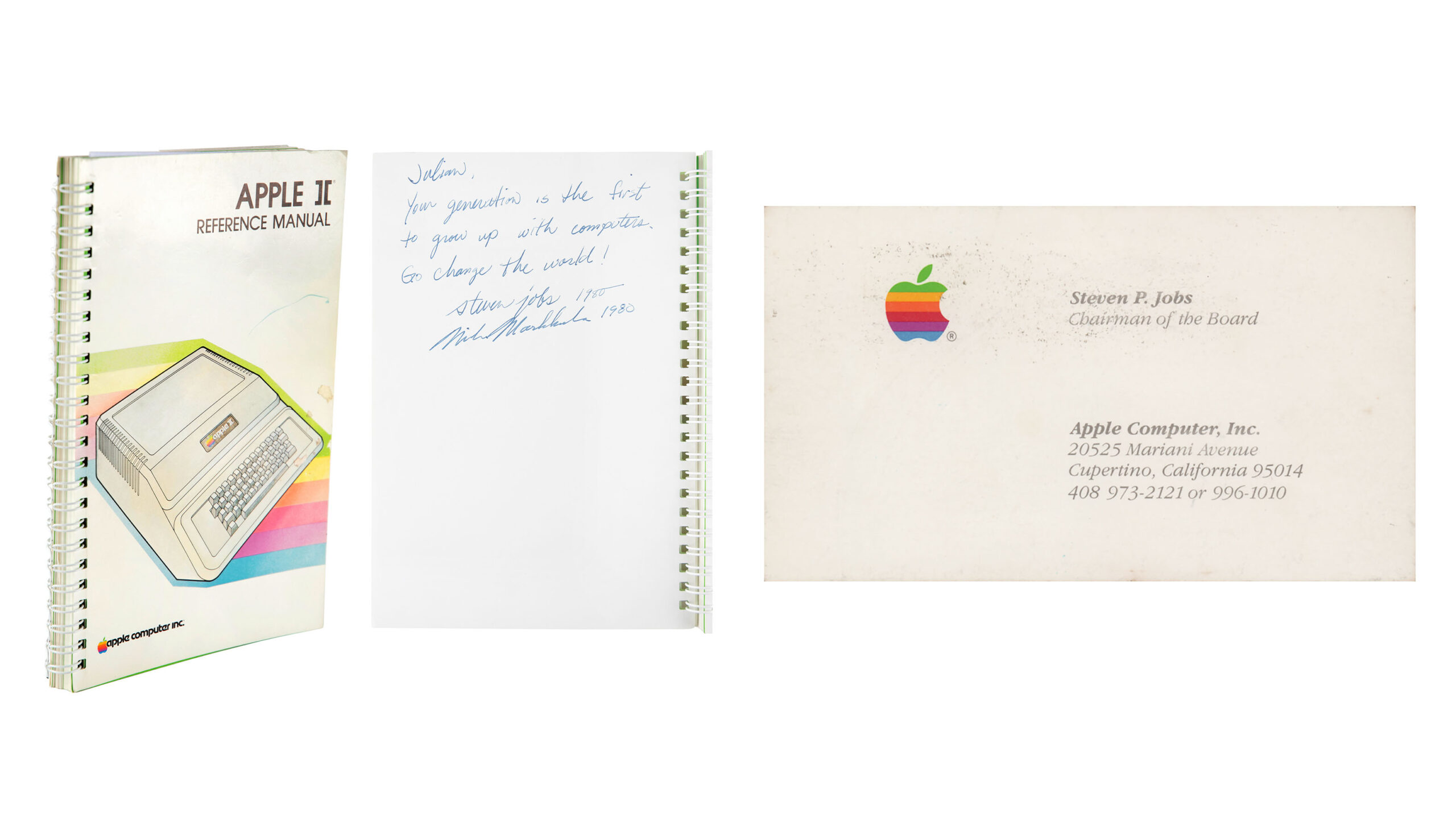 The last few months have shown that video games can fetch big money at auctions. Apparently, so can computer manuals — at least if they’re signed by Steve Jobs.

9to5Mac reported over the weekend that a bunch of Jobs memorabilia went up for auction in August via ‘RR Auction.’ There were several big-ticket items that fetched a significant sum at the auction, including an Apple II manual signed by Jobs. The manual went for $787,484 (just a little over $1 million CAD).