Starting this week, people with Tip Jar will be able to receive payments via Wealthsimple Cash

Twitter announced that Wealthsimple Cash will be the first Canada-based payment service added to its Tip Jar feature.

The feature rolled out to a limited group of people who use Twitter in English. That group can add a Tip Jar button to their profile, then other users can tap it and select a payment service to send money to the Tip Jar. Twitter Tip Jar supported PayPal, Patreon, Venmo and Cash App at launch, although the latter two services aren’t available in Canada.

Starting this week, people with Tip Jar access can connect it to their Wealthsimple Cash account to receive payments from followers. 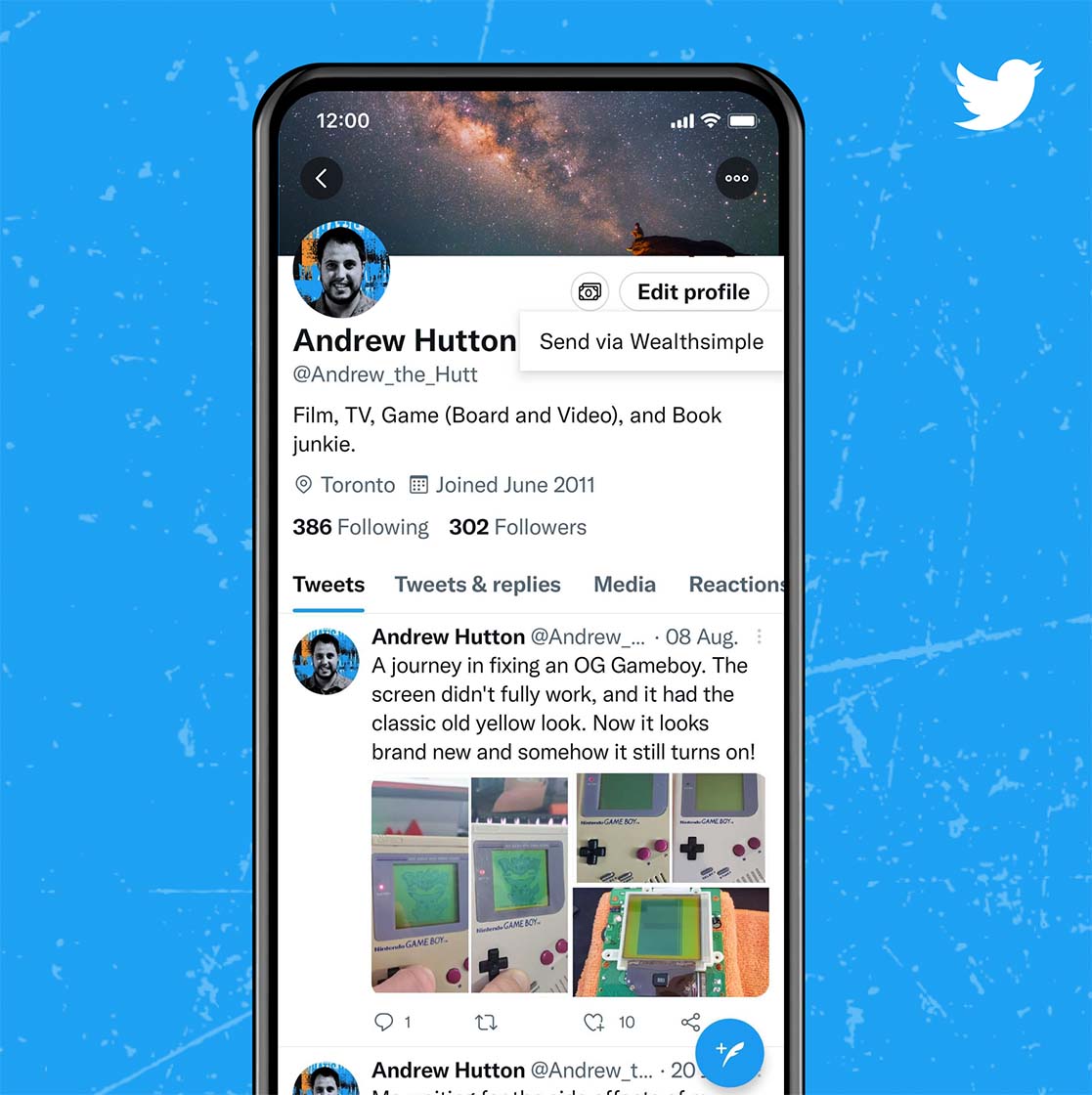 It’s worth noting that Wealthsimple Cash is a relatively new service that launched in Canada near the end of last year. It’s a peer-to-peer money transfer app that boasts zero fees, including no fee to send money, no monthly account fees and no fees for deposits or withdrawals.

You can learn more about Wealthsimple Cash here, and more about Twitter Tip Jar here.