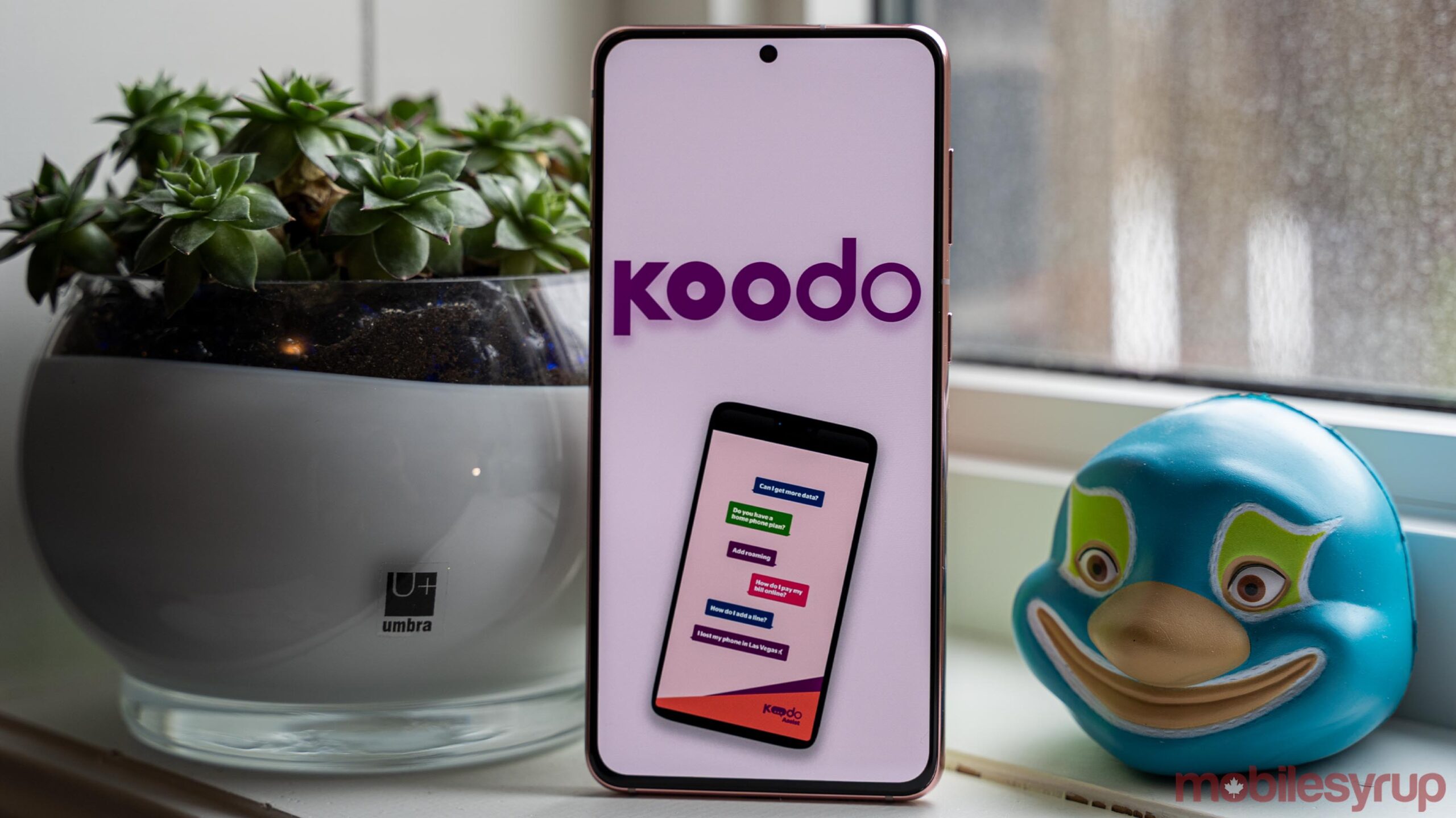 These plans are the result of a recent CRTC decision, which mandated that carriers add low-cost and occasional use plans that meet certain requirements, like at least 3GB of data for $35 per month (you can view the full requirements here). Carriers have until July 14th to introduce these plans, so expect more of these to show up in the coming weeks. Telus’ website also mentions these plans, but directs customers to Koodo’s website to sign up for them.

“We added two “Starter plans” to our Koodo brand lineup on June 10 following the CRTC’s request for carriers to introduce low cost and occasional use offerings by mid-July. The new plans are being offered in addition to a range of affordable options available from TELUS, Koodo, and Public Mobile, and will be in-market for the foreseeable future,” a Telus spokesperson confirmed to MobileSyrup.

The plans are only available online and only for bring-your-own-phone (BYOP) customers. Anyone looking to get a smartphone on Koodo’s ‘Tab’ system won’t be able to select these Starter plans. In the fine print, Koodo explains that plans with 3G data speeds “may reach download speeds of up to 3 Mbps” but will have the “coverage and reliability of the LTE network.”

Further, Koodo has a help page detailing its new Starter plans. According to that page, Koodo intends for Starter plans to be an option for those who only need “basic functionality.” Although the plans are capped at 3G speeds, they still run on Koodo’s 4G/LTE network and customers will still see the 4G/LTE network symbol on their devices. 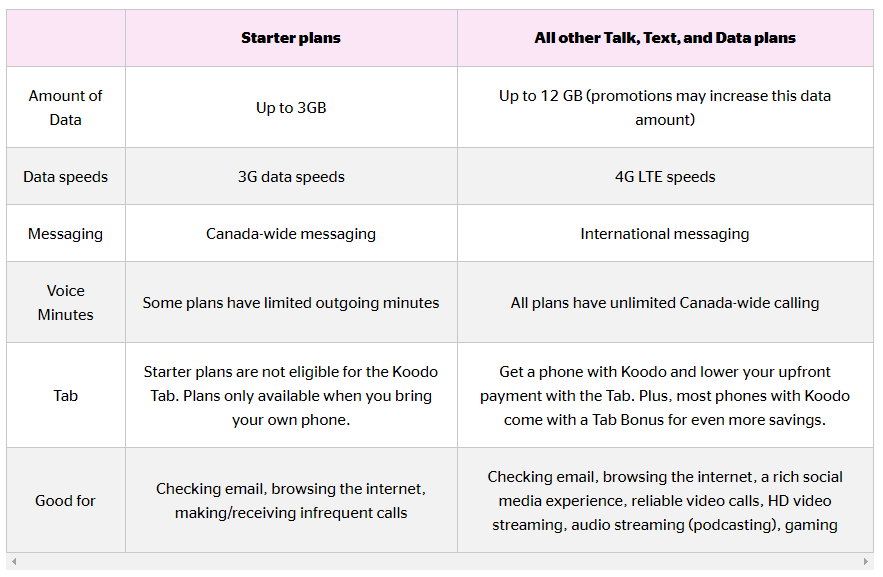 Koodo’s Starter plans come in two flavours. The first costs $15 per month and includes 250MB of ‘Shock-Free Data’ capped at 3G speed. As a reminder, Koodo’s ‘Shock-Free Data’ sends alerts to customers when they use 50, 90 and 100 percent of their data. Further, when customers use up all their data for the month, Koodo automatically pauses their data connection so they can’t rack up overages. 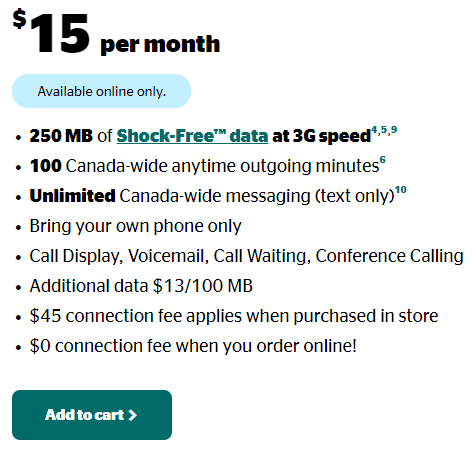 The second Starter plan includes 3GB of Shock-Free data at 3G speed and unlimited Canada-wide minutes and messaging (text and picture) for $35 per month. It also has the same add-ons as the $15 plan. 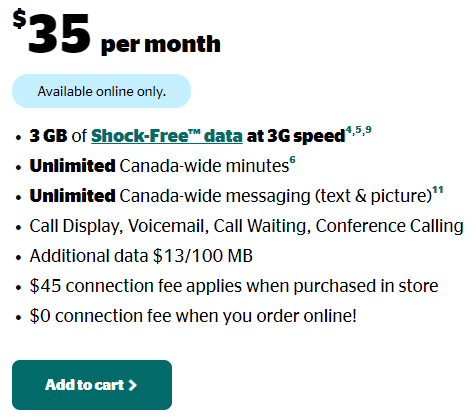 Both plans seem like great options for people who don’t use their phones much or for kids just starting out with a phone. They’re also fairly cheap — Koodo’s regular plans start at $35 per month for unlimited minutes and messaging with no data and $45 per month for the same with 6GB of data — it’s worth noting, however, that the $45/6GB plan is a promotional offer. Likewise, Koodo currently has a $25 promotional plan with unlimited minutes and messaging like the $35 plan.

Those interested can learn more about Koodo’s Starter plans here or on the carrier’s help page here.

Update 06/15/2021 at 2:54pm: Added a statement from Telus. A previous update added details about the CRTC mandate behind the new Starter plans.