Twitter has officially launched its new ‘Blue’ subscription offering on iOS in Canada for the monthly price of $3.49.

The social media giant’s initial phase for the launch only includes Canada and Australia. Twitter notes that today’s launch is the ‘first interaction’ of Twitter Blue. It’s unknown when Twitter Blue will be available for Android users.

One of the features included in the subscription service is an undo tweet button. Users can set a customizable timer of up to 30 seconds to click ‘undo’ before a tweet is posted to their timeline. Twitter notes that users can correct mistakes easily with this feature by previewing what their tweet will look like before others can see it.

Twitter Blue also includes a new bookmark folder feature that allows users to organize their saved content. The social media giant notes that “bookmark folders let you organize the Tweets you’ve saved by letting you manage content so when you need it, you can find it easily and efficiently.” 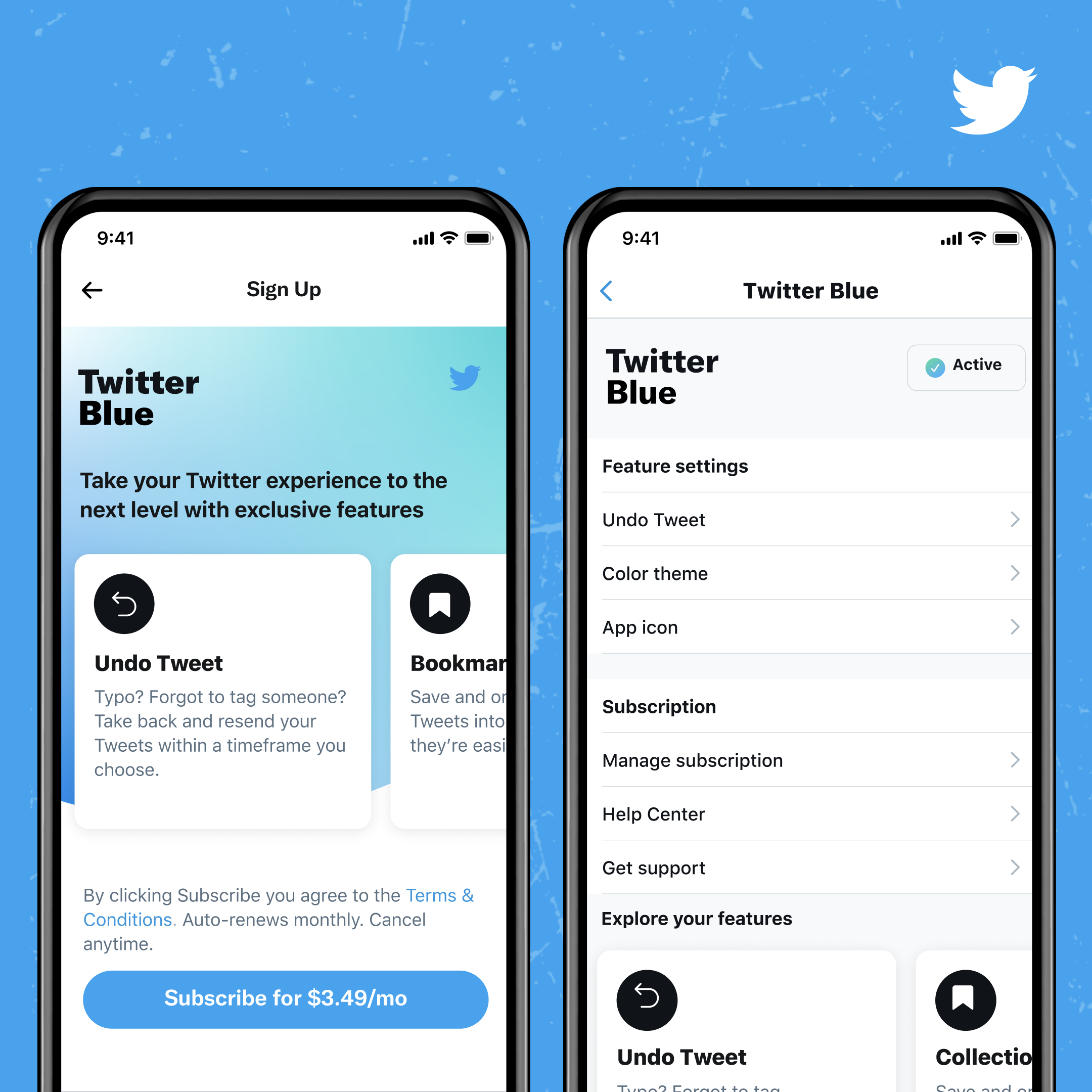 Another new feature called reader mode provides users with a better reading experience by turning tweets into easy-to-read text to make reading more seamless. The feature is aimed at making threads easier to read and follow.

“Subscribers will also get access to perks, such as customizable app icons for their device’s home screen and fun colour themes for their Twitter app, and will have access to dedicated subscription customer support,” Twitter notes.

Twitter says that it will be listening to feedback and building out more features over time. The social media giant also clarified that “a free Twitter is not going away and never will.”