The Hi-Fi tier is free for existing customers 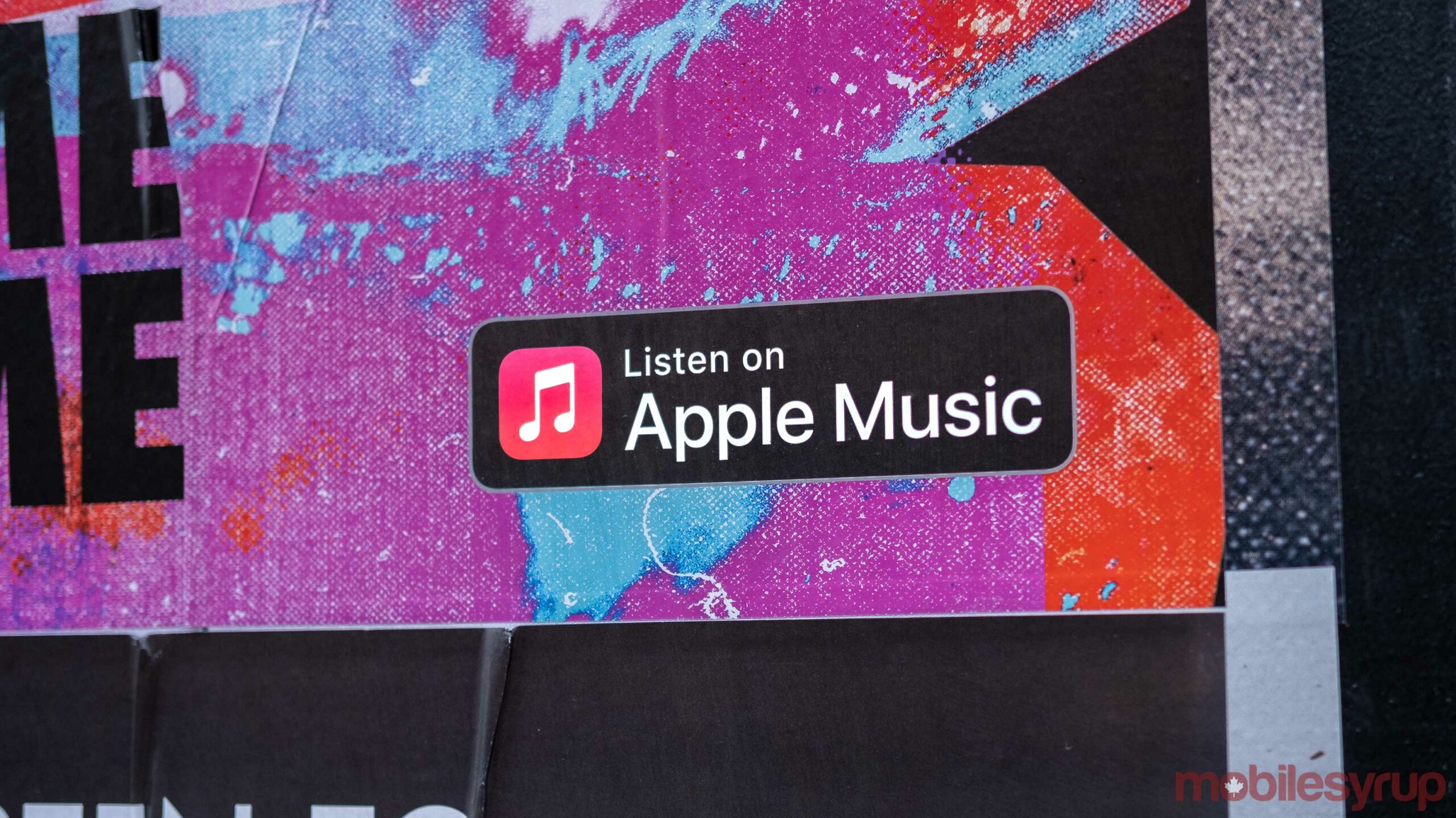 Apple Music is coming for Tidal with the announcement of lossless, high-quality music and Dolby Atmos support.

The real killer feature is that Apple won’t charge extra for lossless audio. This means that current subscribers gain access to the new higher quality music for free.

Apple uses its own ALAC (Apple Lossless Audio Codec) and is applying it to over 75 million songs on the platform to give listeners a better audio experience if they have compatible headphones or speakers. ALAC starts at CD quality (16-bit 44.1kHz) and ramps up to output 24-bit at 48kHz.

Apple’s press relase also mentions that it offers  ‘Hi-Resolution Lossless’ all the way up to 24-bit at 192kHz for true audiophiles. The company clarifies that users need to opt into this version since the file sizes are so big that they can only be played back properly with a DAC. It’s worth noting that Apple’s own wireless headphones can’t handle lossless audio due to Bluetooth compression, so you’ll need to plug in to take advantage of it.

This is very competitive with Tidal, which also offers 24-bit audio. That said, Tidal’s Hi-Fi mode and the upcoming Spotify Hi-Fi tier both cost extra on top of their base $10 price.

This new music option will release at some point in June. To turn on Apple’s Hi-Fi option, you need to open the Settings app, navigate to ‘Music’ and then select ‘Audio Quality’ to enable a higher format playback. 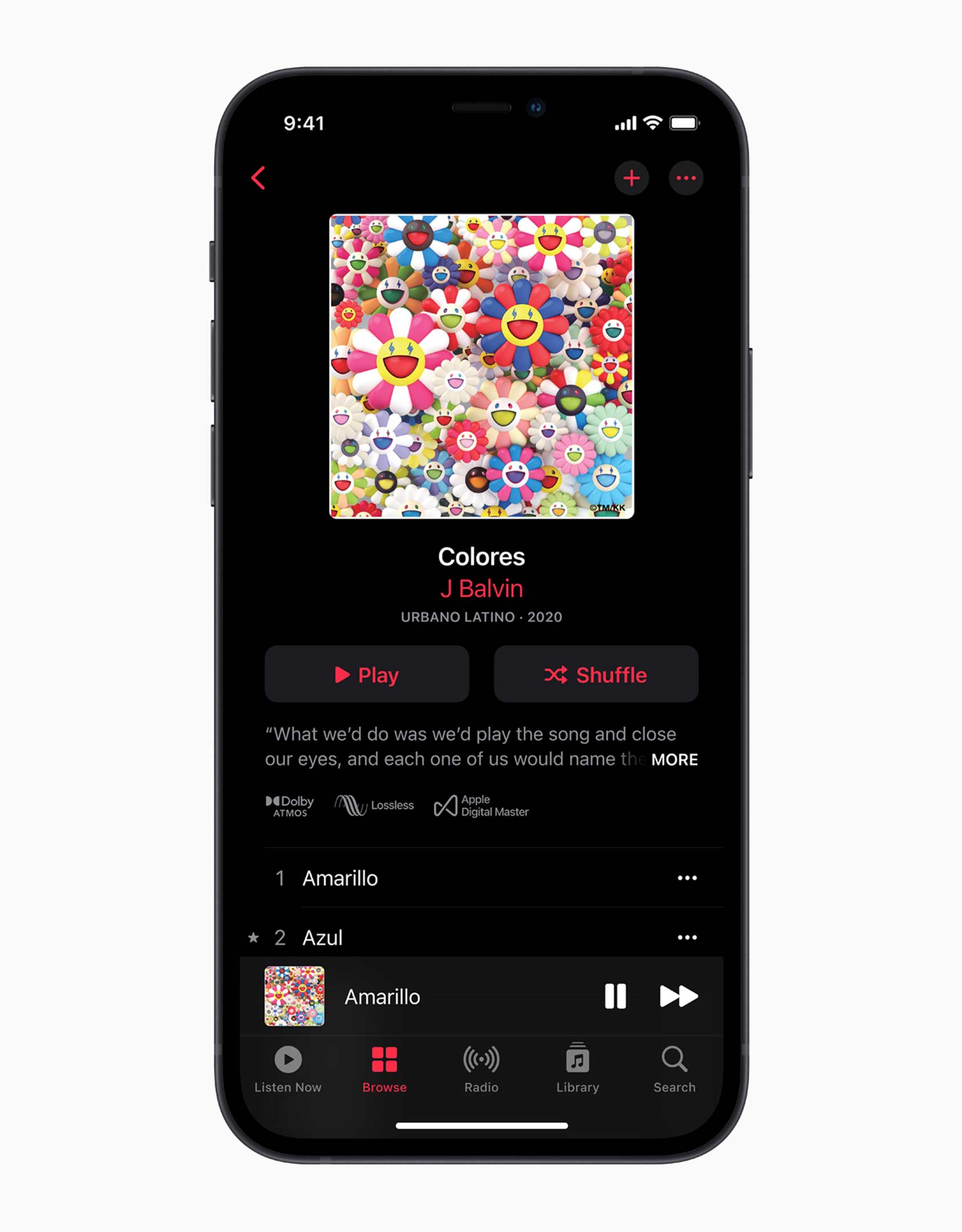 Apple is reusing the same Spatial Audio branding that it pioneered for watching surround sound videos with headphones, but this time it functions a little differently. Instead of being anchored in 3D space with the screen being the front of the audio space and allowing users to move around, the version in Apple Music presents music in a more static surround sound format.

This allows musicians to mix their tracks using Dolby Atmos tech, meaning when you listen to it back with headphones, you’ll hear sounds coming from several different angles. Traditionally, music can only come in from either the left or the right headphone or earbud. The Dolby Atmos helps the soundstage feel wider and can give more details to each sound since it’s not mixed down with as many other tracks into just the left and right channels.

This is a pretty cool experience and will work on all headphones. If you have Dolby Atmos approved speakers, headphones or a soundbar, you should also get a little extra out of each sound.

Dolby Atmos is a feature that I’ve seen in music streaming for a while, and both Tidal and Amazon Music already offer the functionality. I’ve found that Dolby Atmos only sometimes sounds cool, but hopefully, as more artists get used to mixing in this format, it can push music forward beyond stereo.

Apple also announced that it’s partnering with Dolby to equip more studios around the world with Atmos, making it possible for more artists can take advantage of the new recording style. It says it’s also working on a way for indie artists to mix in Atmos at home.

This Atmos-supported spatial audio tech will be available to playback locally on all Apple hardware with speakers and through the Apple TV if the connected TV or audio equipment also supports Atmos playback.