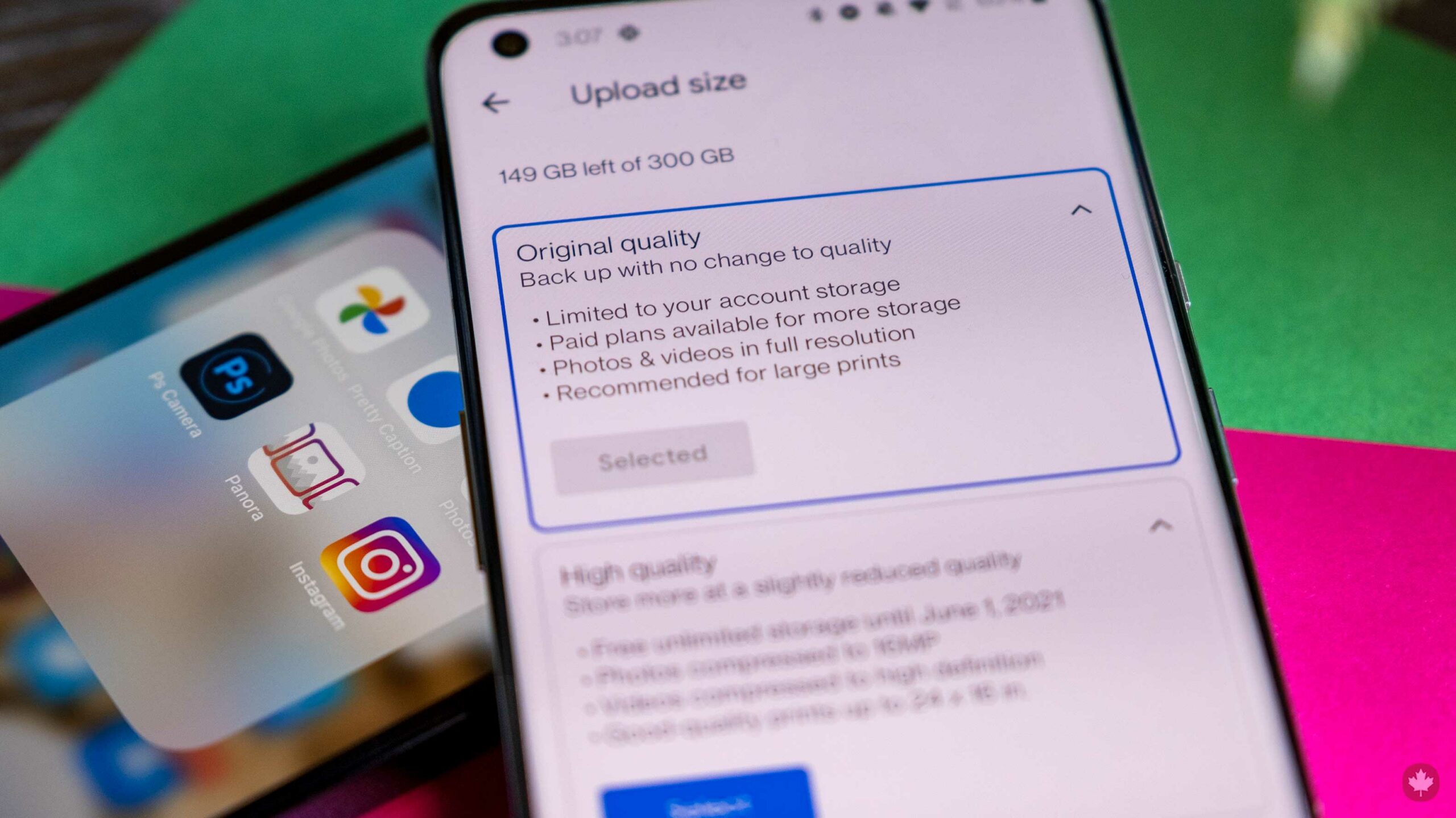 Update 05/07/2021 at 8:19am: Sadly, it turns out Google is not adding a new unlimited image backup option to the Google Photos app for Pixel phones.

A 9to5Google article published Thursday detailed code found in the Google Photos app that hinted the search giant planned to add a new unlimited backup option called ‘Storage Saver.’ However, Google has since confirmed that the code was part of a test of “new names” for existing backup options in Google Photos.

Sadly, that means the June 1st ‘Photo-pocalypse’ is still coming. You can read the original article below.

It appears that Google Photos is going to rebrand its free photo backup option for Pixel users as ‘Storage Saver,’ suggesting that future Google phones like the rumoured Pixel 6 will still have the feature.

As it stands now, users can back up their photos in two ways: ‘Original Quality,’ the highest quality available, and ‘High Quality,’ which degrades photos slightly, but allows all Google Photos users to upload unlimited photos. That free upload tool ends on June 1st for everyone except for Pixel owners, who will be able to upload in High Quality for free.

For everyone else, High Quality and Original Quality uploads will start eating into your Google Cloud storage space.

In an app teardown, 9to5Google found that Google may rebrand the High Quality tier or add a new tier called ‘Storage Saver.’ Further, code from the Photos app directly references Pixel phones, suggesting Google is once again going to use unlimited cloud photo backups as a marketing tool for its phones.

9to5 believes Storage Saver will launch with the next Pixel phone, which will likely be the 5a 5G.